Pfizer seeking emergency use of its COVID-19 vaccine in US 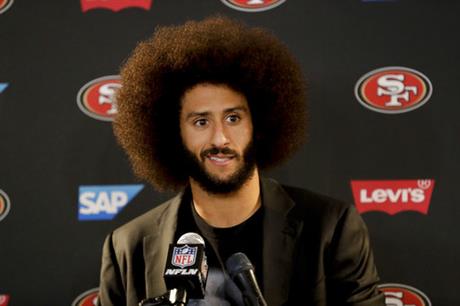 February is Black History Month. The Legislature’s black caucus had proposed a resolution honoring a number of black leaders, including Kaepernick.

Kaepernick was born in Milwaukee in 1987 and lived in Fond du Lac until he was 4.

Republicans tried to bring to their resolution to the floor but fell six votes short of the two-thirds majority they needed after all the chamber’s Democrats voted against the move.

Republicans said they tried to honor black history. But Rep. David Crowley, chairman of the Legislature’s black caucus, was enraged and walked briskly out of the chamber. He told a reporter later that black people should be allowed to choose the leaders they want to honor. He said Kaepernick is “making history.”

“You’re telling African-Americans they can’t honor who they feel are the leaders in their community,” he said.

The black caucus’ resolution including Kaepernick could still come to the Senate floor for a vote. If it passes that chamber it would go to the Assembly.

Kaepernick, a former San Francisco 49ers quarterback, caused an uproar in 2016 when he began kneeling during the national anthem before games to protest racial injustice. President Donald Trump has repeatedly slammed players who kneel during the anthem.

Last year’s Black History Month resolution ran into similar hurdles in the Assembly after Republican Rep. Scott Allen, who is white, complained the resolution honored only a select group of black leaders rather than all black Wisconsinites.