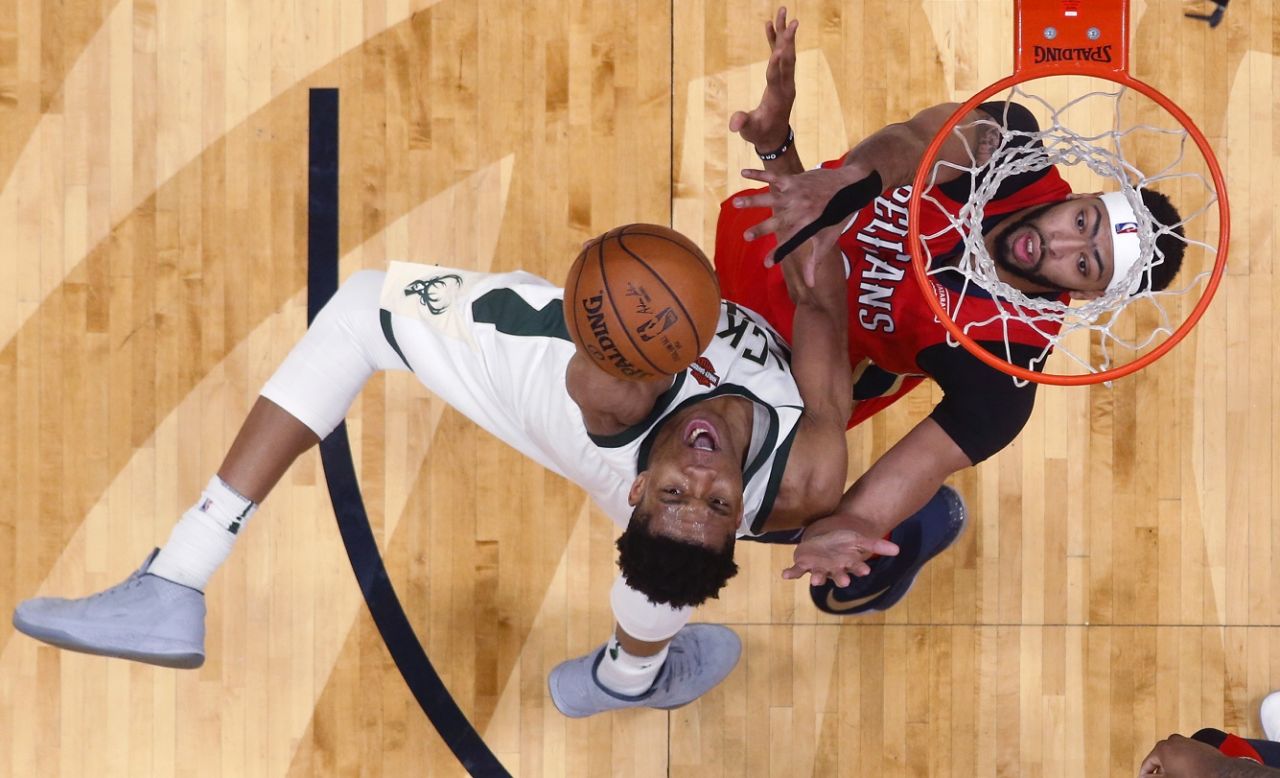 METAIRIE, La. (AP) — Anthony Davis feels like he’s given the New Orleans Pelicans all he can and that his time to move on has come.

“I don’t know how long I’m going to play this game,” said Davis, who turns 26 on March 11. “People’s careers are short and I feel like it’s my time to move on.”

The All-Star forward and center, who recently informed New Orleans he would like to be traded, said Friday that his intention remains to play for New Orleans as long as he is healthy and under contract with the Pelicans.

“Obviously, it’s a tough situation, but my intention is to still play and when I’m able to play I’m going to suit up,” said Davis, who has missed six games with a sprained left index finger since his injury occurred at Portland on Jan. 18.

While Davis and Los Angeles Lakers star LeBron James share an agent, Davis said he has never provided New Orleans a list of preferred destinations and added that where he winds up is “on the Pelicans.”

“I wanted to do it now just for the simple fact that they have enough time to make the best decision for the organization,” Davis said.

The Pelicans are mulling over what to do with the six-time All-Star and several other prominent players as the NBA’s trade deadline approaches on Feb. 7.

Davis, forward Julius Randle, forward Nikola Mirotic, guard E’Twaun Moore and guard Elfrid Payton have not played since Davis’s agent made public on Monday his client’s desire to be traded.

Some of the sitting players are listed with minor injuries that they’ve played through previously while the Pelicans have put an undermanned team on the court for their past two games.

Davis did not make any immediate public statements in the days after agent Rich Paul made the trade request, for which Davis was fined $50,000.

However, Davis has remained with the club and broke his silence after Friday’s practice.

Davis is under contract with New Orleans through the end of the 2019-20 season.

He was drafted by the Pelicans with the first overall pick in 2012 after winning an NCAA national championship with Kentucky and has been named an All-Star the previous five seasons.

However, the Pelicans have made the playoffs in only two of his six full NBA seasons and won only won playoff series, sweeping Portland in the first round last season before falling in five games to champion Golden State in the second round.

Davis has averaged 29.3 points and 13.3 rebounds per game this season, but has missed the past four games with a sprained left index finger while the Pelicans have fallen to 23-29 heading into Saturday night’s game at San Antonio.

Had Davis been committed to remaining in New Orleans, he would be eligible this summer for a five-year, roughly $240 million extension with the Pelicans that would have kicked in beginning with the 2020-21 season.

The Pelicans have acknowledged Davis’ preference to be traded and appear inclined to honor it rather than lose him for nothing. But a statement from the franchise made it clear that the Pelicans’ brass are prepared to be patient while awaiting a deal done on their terms and timeline.

The implication is that a trade may not come before the Feb. 7 deadline to make a deal this season, and more likely could come after the season, when 2019 draft slots are known and when the Boston Celtics are eligible to enter the fray.

Boston, which has a stockpile of draft picks and promising young players as trade bait, is not eligible to trade for Davis under NBA rules until July 1, unless the Celtics also trade away Kyrie Irving.

Irving is a factor because of what’s known as the Rose Rule, which says NBA teams cannot trade for more than one player who has signed an extension.

Irving currently is playing under an extension signed with Cleveland that has an option year after this season, meaning it could be renegotiated in a way that also allows Boston to bid for Davis.