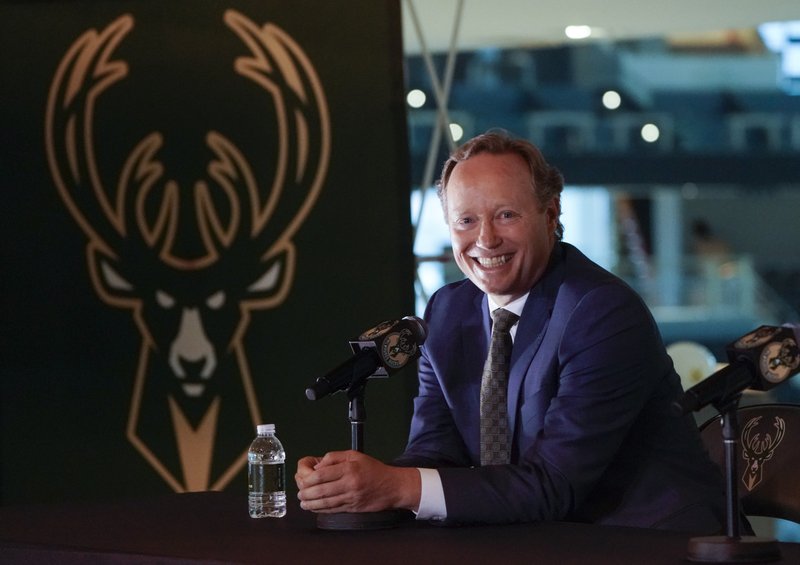 TORONTO (AP) — Milwaukee coach Mike Budenholzer and his staff are heading to the All-Star Game.

The Bucks’ 105-92 win over the Toronto Raptors on Thursday night clinched the spot for Budenholzer, who will coach in the All-Star Game for the second time in five years. He also coached in 2015, when he was with the Atlanta Hawks.

Milwaukee improved to an NBA-best 37-13 with the win. Toronto fell to 37-16, and the loss means its first-year coach Nick Nurse now cannot overtake Budenholzer in time for the All-Star job. It goes to the coaches of the teams with the best record in the Eastern Conference and the Western Conference through Sunday’s games.

“It’s a great honor,” Budenholzer said. “It says a lot about our team. The players are the ones who put the coaching staff in that position. I’m incredibly grateful to our entire roster and all those guys.”

Budenholzer will coach Team Giannis — the one captained by Bucks star Giannis Antetokounmpo. Milwaukee’s Khris Middleton is also heading to the Feb. 17 game in Charlotte as a reserve. Middleton will find out which team he’ll play for on Feb. 7, when Antetokounmpo and LeBron James, the other captain, select their teams.

Budenholzer is only the second Bucks coach to earn the All-Star nod — Larry Costello coached in the 1971 and 1974 All-Star matchups.

“It’s a huge statement, honor and compliment to the assistant coaches,” Budenholzer said. “What these guys do for me is pretty special. We’ve been together a long time, so I love that as a staff you get to go and enjoy it. It’s a real honor and I’d say it’s a special weekend to be around players like that and just enjoy it.”

The West coach will be either Golden State’s Steve Kerr or Denver’s Michael Malone.