Different paths all led to homelessness, but for those at shelter, they remained in good spirits 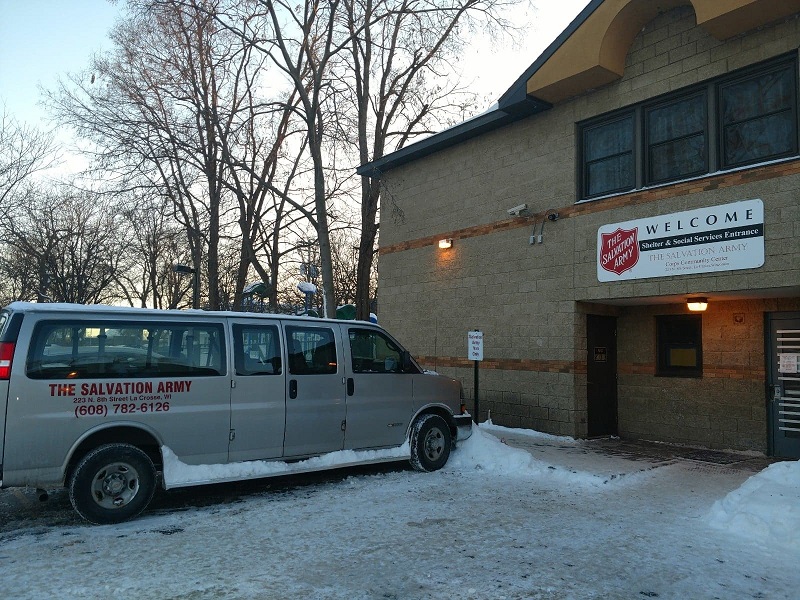 With, hopefully, just one more night to endure the extreme cold, people seemed to be in good enough spirits as they gathered at the Salvation Army’s shelter in La Crosse early Wednesday evening.

Despite the somewhat desperate situation, they were happy for a roof over their head and those little perks not always afforded to them.

“I’ll come up here in the morning because it’s so cold,” Brett Wright said. “They let us in, feed us very well — so does the Warming Center.

“Actually, the other day, Domino’s delivered there one night and the next night they delivered here.”

Each had a different story of being homeless.

Wright had a job and an apartment. He said he lost it after a weeklong bout with Pneumonia that put him in the hospital. He said he did have a job interview Thursday, though.

Other people’s stories weren’t as uplifting.

Tom Schindler was at the shelter. The 55-year-old used to work for the carnival in the summers but lost that job after hurting his shoulder, he said.

Usually, he spends winters in Florida but he didn’t have the means to get there this year. He didn’t complain much about the last few days, but the simple fact is, he is homeless with nowhere to go.

“It’s not that bad if you keep yourself out of the wind — if you walk in the alleys or in between buildings, you’re OK,” he said. “But if you get right out in there, it gets cold. And it was cold last night.”

It may be the most obvious thing to say, but it’s one story when you just have to go outside to run an errand. It’s completely different for people like Schindler.

Around 5 p.m., the Salvation Army’s shelter was filling up with anyone from kids to the elderly. Some were there just to get a hot meal. Others were hunkering down for the night.

Like the others, Birnbaum doesn’t have a place to call home but he feels like he’s close.

He’s had a full-time job now for nearly a year at Catholic Cemeteries, he said. He has a car, a driver’s license and some money saved.

He also had the best description of what the last few days have been like.

“When you start getting ice on your beard, it’s cold,” he said, laughing.

Birnbaum’s next step is finding a place to rent that will take him. He admitted to having a criminal record, stemming from a forgery arrest in the mid-1990s.

He felt, though, like he was getting close and didn’t blame anyone for his situation.