Acting AG says Mueller’s probe is ‘close to being completed’

AP: After lobbying, Catholic Church won $1.4B in virus aid

Officers in deadly Breonna Taylor raid thought she was alone 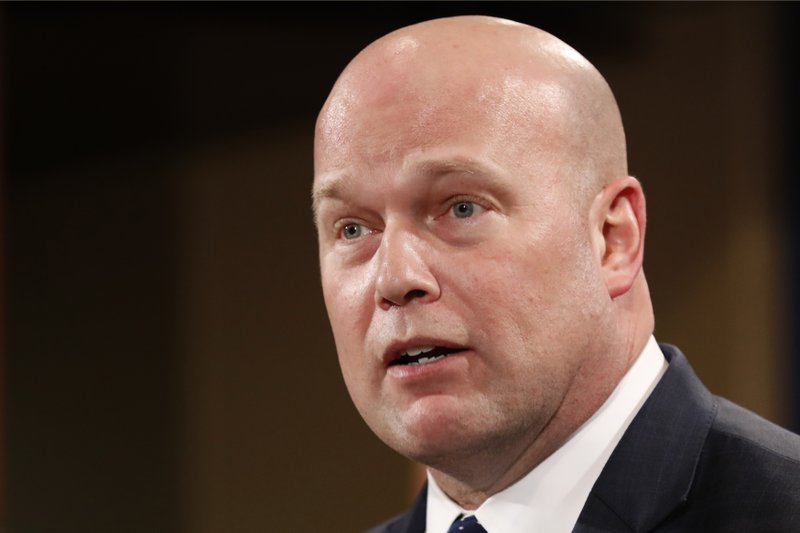 Speaking at an unrelated news conference in Washington, acting Attorney General Matthew Whitaker said he had been “fully briefed” on the special counsel’s investigation. He began overseeing the probe after former Attorney General Jeff Sessions resigned at President Donald Trump’s request in November.

“The investigation is, I think, close to being completed, and I hope that we can get the report from Director Mueller as soon as possible,” Whitaker said.

He said he was looking forward to Mueller delivering his report. The investigation is looking at Russian interference in the 2016 election and ties to Trump’s campaign.

Trump has nominated William Barr to serve as the next attorney general. His confirmation hearing was held this month and he’s awaiting a vote in the Senate.

So far, 34 people, including six Trump associates, have been charged by Mueller. Those charged include Trump’s former national security adviser, his campaign chairman, his former personal lawyer and two other campaign aides.

Meanwhile on Monday, a judge delayed the sentencing of former Trump campaign chairman Paul Manafort in Virginia. Manafort was convicted of eight financial crimes at a Virginia trial last year.

The sentencing was delayed as a judge in Washington decides whether Manafort intentionally lied to investigators. Manafort agreed to cooperate in the special counsel’s investigation, but prosecutors allege he breached the deal in that case by lying. Manafort’s attorneys say he just didn’t have a perfect recollection of all the facts.