With 4,444 submissions across the globe, International Owl Center's art contest truly was international 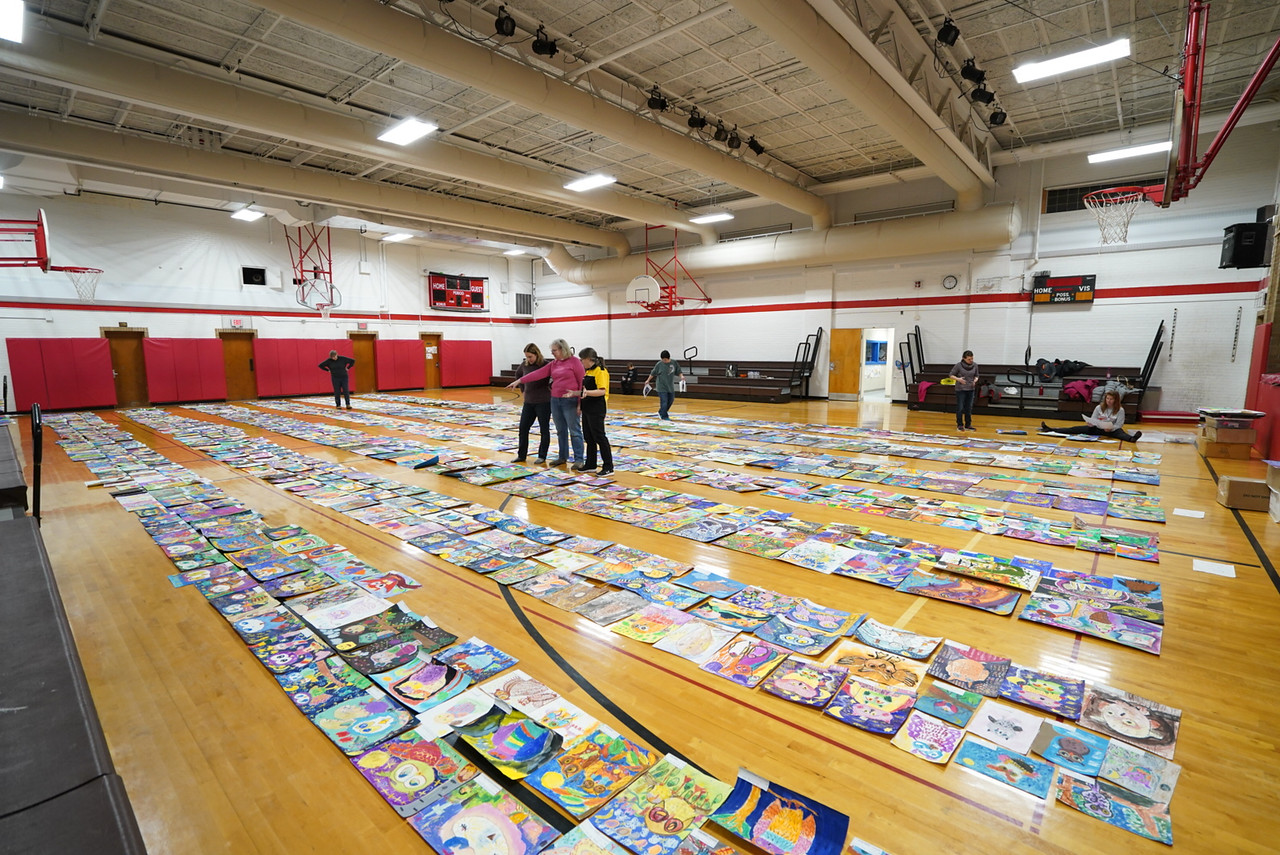 Some of the 4,444 pieces of artwork are laid out at the Houston Elementary School for the International Owl Center's art contest on Sunday, Jan. 27, 2019. PHOTO: Alan Stankevitz

There’s kind of a weird phenomenon happening with an art contest in tiny Houston, Minn.

What started 17 years ago as a local coloring contest has turned into a worldwide frenzy for the International Owl Center.

“To get entries, we literally copied outlines of owls that kids could color,” Bloem said of when they first began. “We took them to schools and begged the teachers to have the students do it.

“And now it’s like, ‘How do we get fewer entries, because this is a bit much to manage?’”

This year, the submissions exploded to literally 4,444 pieces — six times more than the Owl Center had just last year.

Most of the art came from Russia, Eastern Europe and Asia. Wisconsin had just three entrees, while Minnesota only had two.

Bloem had some theories as to why there were so many submissions from across the big blue sea but admitted she was not an expert in the matter.

“Russia found us, is what it comes down to,” she said.

“Could be art is more of a focus in some of the other countries,” Bloem thought. “There certainly should be schools in the U.S. where it’s a focus?

“Apparently Russia has a lot of art schools. I think it’s more of a cultural thing.”

Bloem noted that a lot of artists wanted participation certificates and the Owl Centered happily obliged by emailing one back.

With all the submissions this year, the Owl Center had to get permission from the Houston Elementary School to set up for judging. That took hours. The five-person team of judges took another 2.5 hours to determine winners in the four age categories (0-5, 6-9, 10-14, 15-18).

“I would not have wanted to be one of the judges because the entries were just amazing,” Bloem said. “You couldn’t believe that kids did these.

“Granted, many of them go to art schools. But you have kids that must be professional artists at age 11 already. It’s just mind blowing.”

One piece mimicked Edvard Munch’s The Scream from 1893, done as an owl, of course. Another was the owl version of Vincent van Gogh’s Starry Night.

The winning artwork will be displayed at the Owl Center, probably in the next week. Bloem said other pieces will be put on banners to, hopefully, be displayed in Houston. Others will go on greeting cards. And even more will be sold at fundraisers.

All of the work submitted is knowingly done so with the intent that the Owl Center will use them to raise money and awareness for owl conservation. If they tried to send each piece back, Bloem said “we’d go broke in a hurry.”