Government shutdown messing with your beer 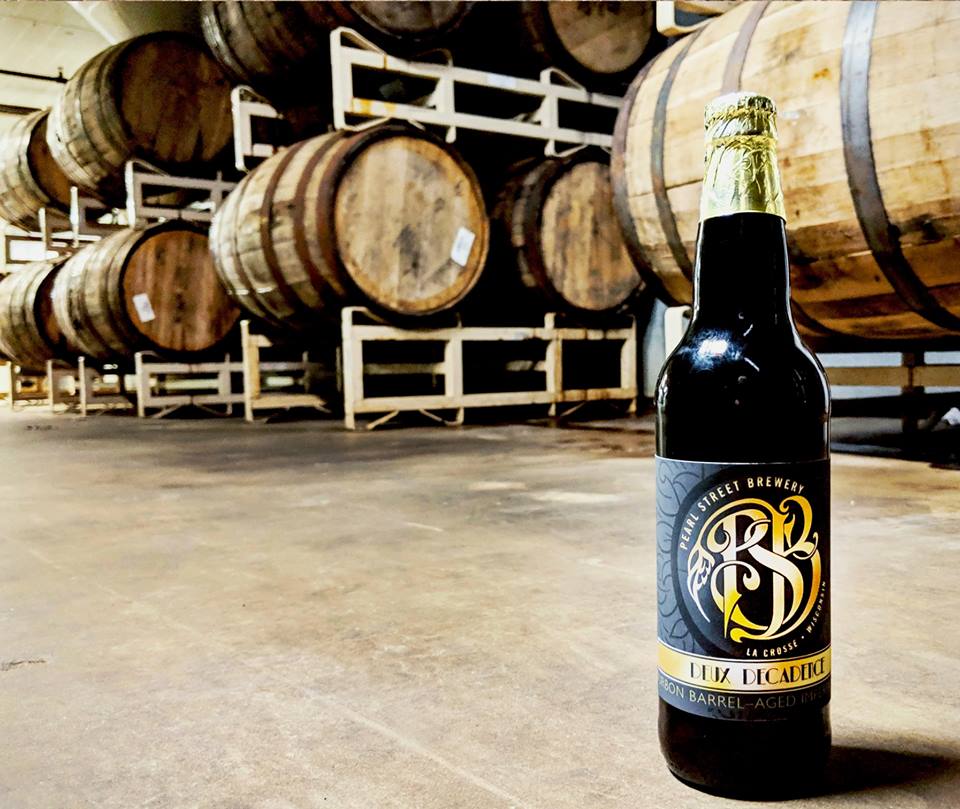 Pearl Street will release the Deux Decadance during its 20th Anniversary Winter Ball on Feb. 9. This one-time release of the Kentucky bourbon, barrel-aged imperial stout will be availalbe for sale in Wisconsin but the government shutdown may prevent it from being sold elsewhere until later.

The longest government shutdown in U.S. history officially ended at 35 days today but may not be the end of the mess when it comes to your beer.

Maybe not your everyday, run-of-the-mill beers, but those seasonal ones you love for a few months and then they’re gone. This shutdown is messing that up.

Put simply, the feds need to approve labels for craft breweries to sell out of state. During the regular process, the Alcohol and Tobacco Tax and Trade Bureau (TBB) could get hundreds of submissions a day.

Starting today, it’s been 35 days that labels aren’t being approved because of the shutdown.

Now that the government is “re-opening” every brewery, winery and the like, that sells out of state, will be submitting labels for approval.

The entity could be so backlogged that the three weeks the government is slated to be funded — through Feb. 15 — that might not be long enough to approve all the labels that are likely to flood the TBB.

“We brew our Oktoberfest Lederhosen Lager in February and March to get it prepared,” Tami Plourde at Pearl Street Brewery in La Crosse. “Hopefully (the shutdown) won’t go that long, geez.”

Plourde said the approval turnaround, without any hiccups, is 5-10 days. But what happens when there are hiccups?

“Most breweries have already brewed their maibocks,” Plourde said. “What if they can’t get their label approved?

“Then they’re looking at, ‘OK, what do we do with this beer? We can’t sell it this year.’ It’s a seasonal beer. Oktoberfest beers are the same thing. It will back a lot of things up.”

Pearl Street is having a similar dilemma and it’s going to mess with their 20th anniversary, which is Feb. 9.

But, just to understand the process, let’s go back a few years ago, when Pearl Street had some issues getting labels approved for its Smokin’ Hemp Porter.

Getting a beer with weed connotations approved by a federal government that’s afraid of the plant, wasn’t easy.

“They were saying we were encouraging people to smoke hemp, which is gross,” Plourde said. “I don’t know why anybody would smoke hemp.”

Pearl Street uses hemp seeds in its brewing process. And Smokin’ Hemp Porter is sort of an homage to one of its favorite bands, the Smokin Bandits. But there’s no getting high from this beer. Drunk? Sure. But not high.

Year after year, it submitted variations of the label. It would do things like change the wording for the ingredients to show, for example, it has zero percent THC.

“Then one year I was like, ‘Holy cow, they approved it!,’” Plourde said.

There seems to be little hope the shutdown is going to end soon. And, even if it does, how backlogged will the TBB be after every brewery in the nation submits 34 days worth of labels?

Plourde, again, noted on a normal day, the TBB might get hundreds of submissions a day.

Not to mention there’s no guarantee a label gets approved — see Smokin’ Hemp Porter. The government is hard to predict.

Have you had Pearl Street’s Shitty Lyte? Imagine the nerves as Plourde submitted “Shitty Lyte” to the feds for approval.

“We fully anticipated they would reject it,” Plourde said. “They approved it on the first try.

“I don’t know what their recipe is for approving things.”

The problem goes a bit beyond this labeling process being backlogged, however.

Now, breweries have no problem selling a beer within its own state. That, however, is not the gameplan.

These businesses plan over a year out what specialty beers they’re going to sell over those upcoming months, and they want them in as many markets — and states — as possible.

“You don’t see the behind the scenes in what it takes to bring a beer to market,” Plourde said. “It’s a lot of planning. It is a lot of strategizing. The budgets have to work.”

These small businesses can’t afford to make big mistakes or sit on something for months.

A government shutdown is never part of the gameplan and they can ill afford to not release beers like Deux Decadence.

“We’ve already pre-sold that beer,” Plourde said. “We have commitments for it. We will only brew that beer once, ever, so it’s kind of a big deal for us.”

Plourde did point out that, with this beer, it’s not the end of the world.

“Lucky for us that beer is going to age really well,” Plourde said. “We’ll sit on it and get that label approved.

“It will probably go out in some limited capacity in our community but we’ll wait to get it approved.”

Other breweries aren’t so lucky. And Pearl Street has other brews that won’t age as well.