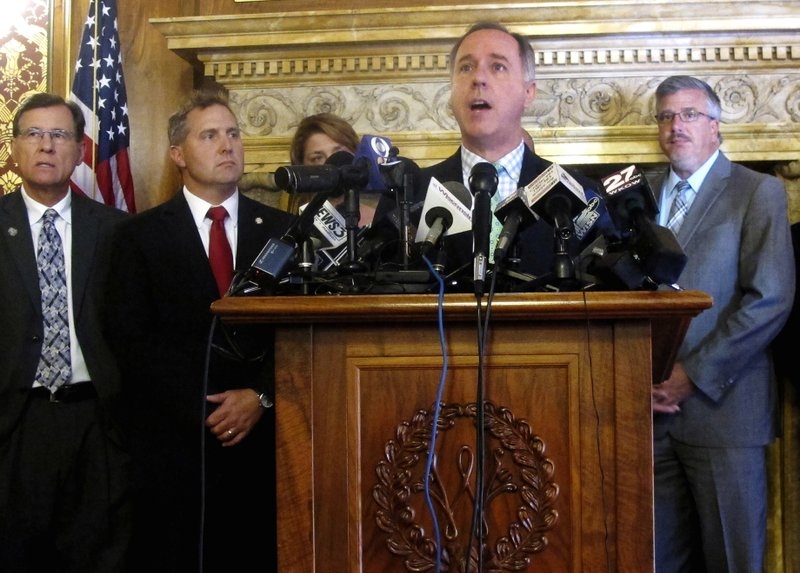 MADISON, Wis. (AP) — Top Republicans in the Wisconsin Legislature violated the First Amendment when they blocked a liberal advocacy group from seeing their Twitter feeds, a federal judge ruled Friday.

Another federal judge, James Peterson, on Thursday struck down early-voting restrictions Vos and his fellow Republicans passed in a contentious lame-duck session in December.

One Wisconsin Now and other groups had challenged those provisions days after former Gov. Scott Walker signed them into law.

“Two different federal courts offered the same warning to Robin Vos and the Republicans: It’s the people’s government, not theirs,” One Wisconsin Now Executive Director Scot Ross said. “Vos and the Republicans cannot suppress people’s speech simply because they don’t like what’s being said, whether it’s at the ballot box or on social media.”

One Wisconsin Now filed a lawsuit in November 2017 alleging Vos, state Rep. John Nygren, the co-chairman of the Legislature’s powerful budget-writing committee, and then-Rep. Jesse Kremer blocked the group from following their official Twitter accounts. The group argued the moves amounted to a violation of free speech.

Conley wrote Friday that the lawmakers were government actors when they created their accounts, the interactive portion of their accounts are public forums and the legislators engaged in content-based discrimination when they blocked One Wisconsin Now.

He pointed to U.S. District Judge Naomi Reice Buchwald’s ruling in May that President Donald Trump violates the First Amendment when he blocks critics on Twitter as precedent. Trump is appealing that ruling.

“Defendants in this case blocked plaintiff because of its prior speech or identity. Indeed, all three defendants indicated, either directly or indirectly, that they do not approve of plaintiff’s liberal perspective,” Conley wrote.

The judge stopped short of granting One Wisconsin Now’s request that he order the lawmakers to unblock the group and prohibit them from blocking others, asking both sides for briefs on what relief he should grant and set aside time in March for a one-day trial on that question if necessary.

A spokeswoman for the state Department of Justice, which defended the lawmakers, didn’t immediately respond to an email.

One Wisconsin Now and other liberal groups also challenged provisions in lame-duck legislation Republicans passed in December that restricted in-person early voting to the two weeks preceding an election. The move came after a difficult midterm election in November that saw the Democratic strongholds of Madison and Milwaukee hold early voting for six weeks, far longer than other smaller, more conservative communities.

The groups contended that the limits mirror two-week restrictions Peterson struck down in 2016 and filed a challenge three days after Walker signed them into law. Peterson agreed , saying there was no difference between the lame-duck limits and the restrictions he blocked two years ago.