Evers says he will make ‘first step’ toward pot legalization 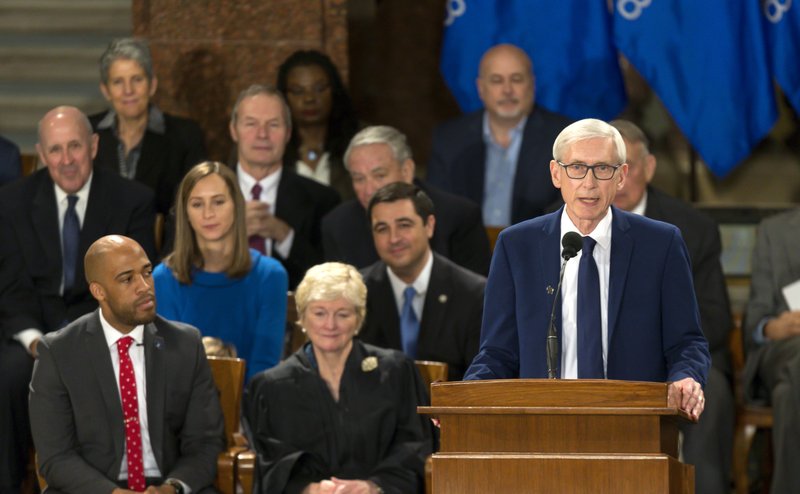 MADISON, Wis. (AP) — Wisconsin Gov. Tony Evers, who campaigned in support of legalizing medical marijuana, told a group of business leaders this week that he will likely include a “first step” toward doing just that in his state budget proposal.

Evers, a Democrat, also said that he would sign a bill to legalize recreational marijuana, according to WisPolitics.com which first reported on his comments.

“I just want to make sure we do it correctly,” Evers said in response to a question after a meeting Tuesday with board members of the Wisconsin Technology Council. Evers’ spokeswoman Melissa Baldauff did not immediately return a message Wednesday seeking more details.

“I still don’t believe the support’s there within the Senate caucus to move in that direction, but I know the debate is going on nationwide,” Fitzgerald said on Tuesday when asked about the issue.

On Wednesday, Attorney General Josh Kaul, also a Democrat like Evers, told WTMJ-TV that he will advocate for legalizing medical marijuana in Wisconsin.

“We are in the midst of an opioid epidemic and when people are facing pain issues — I would much rather have a doctor prescribing medical marijuana than an opioid,” Kaul told the television station.

“For too long we’ve had people at the top of the food chain who suffer from reefer madness,” Sargent said. “Frankly, it’s time for them to swallow their pride and hear the people of our state and move forward.”

Wisconsin is one of 17 states that doesn’t have some form of marijuana legalization. Democrats in the state have long pushed for some level of legalization, but Republicans have not entertained the idea.

There appears to be strong support among voters in Wisconsin for legalization. In the November election, voters in 16 counties supported non-binding referendums calling for legalization of medical marijuana. A Marquette University Law School poll in August found 61 percent support for full legalization, with 36 percent opposed.

During the campaign, Evers said he supported legalizing medical marijuana and he backed holding a statewide referendum on full legalization. His campaign website noted that as a cancer survivor himself, Evers is “all too familiar with the side effects of a major illness that can make everyday tasks” and that medical marijuana could alleviate chronic pain for many people.

Evers said Tuesday he thinks the question is not if Wisconsin will legalize recreational marijuana, but when.

“I want it to be set up in a way that people in the state of Wisconsin feel comfortable that they can make some money by doing this work without having to essentially go broke,” he said.