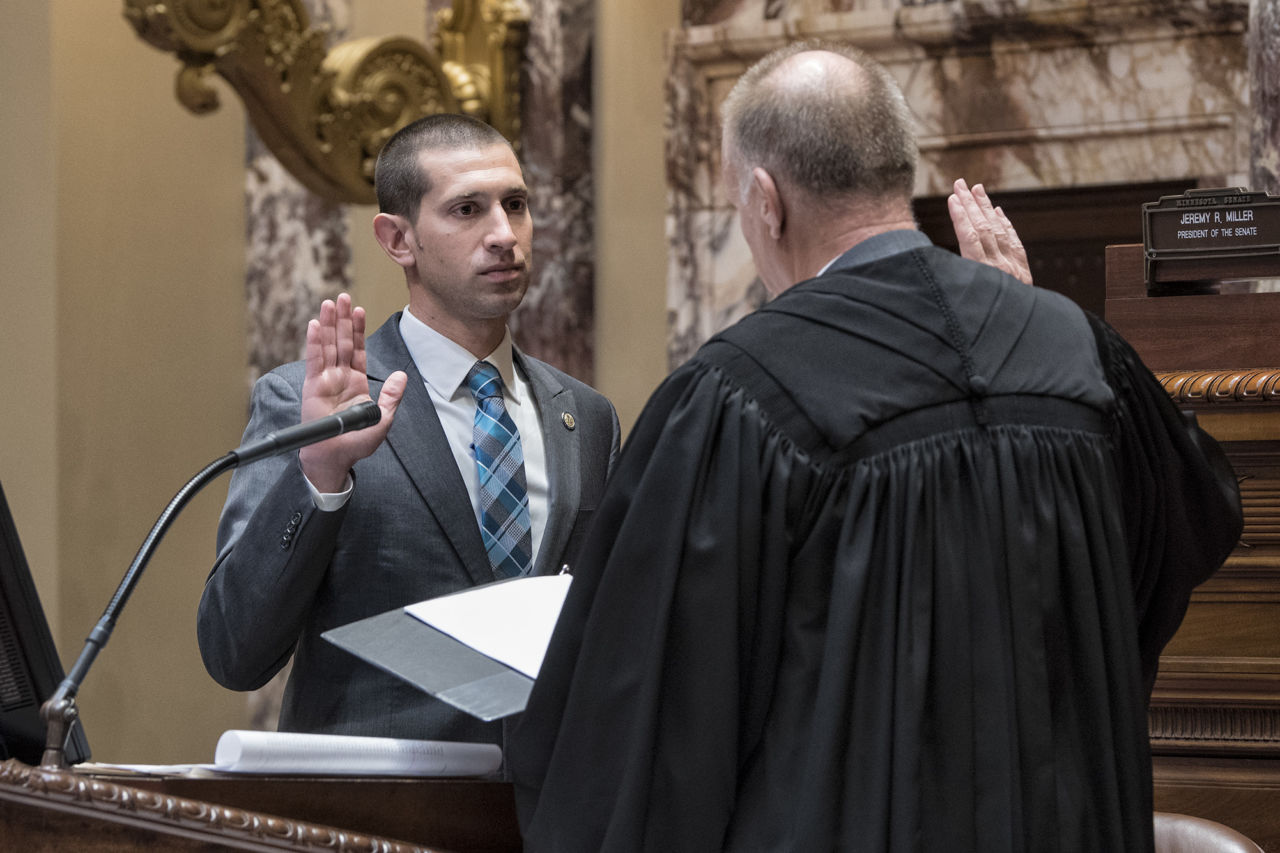 Depending on how you look at age, 35 years can be young or old.

When it comes to Minnesota state government, 35-year-old Jeremy Miller is young — the youngest, in fact.

Last week, the Winona, Minn., native was named the youngest Republican Minnesota Senate President in the modern era, which dates back to 1973.

Miller explained that from 1858-1973, the lieutenant governor served as president of the senate. So, there very well could have been a 14- or 17-year-old senate president at some point.

“Could be,” Miller joked. “I don’t think that young. I do know there have been a few younger (that 35) lieutenant governors prior to 1973, but not many.”

The District 28 Senator did go on to boast how he doesn’t even look 35 for that matter, mentioning he looked more like a 30-year-old in some pictures.

That, however, was before he was named Republican Senate President. Now, he may just age at double the rate.

“Probably,” he said with a laugh.

But maybe it’s lucky for Minnesota that Miller is so young. The man who grew up working on his dad, Jerry Miller’s scrap-metal yard, hopes, like many, to bridge the divide between Republicans and Democrats.

While that will be a challenge, his state is also in a precariously unique position when it comes to that situation. Minnesota is the only state in the U.S. with a a divided legislature — Republicans hold the Senate while Democrats have the House.

That’s something that hasn’t happened for 105 years.

So, again, Miller is in a unique position to create bipartisanship when it seems the gap keeps growing across the nation. It, frankly, is something that seems to annoy him to a degree.

“My biggest frustration at the capitol is the extreme partisanship, and the fighting back and forth,” Miller said. “Often times, it feels like one party is trying to make the other party look bad, rather than trying to get good things done for the people in the state of Minnesota.”

That, however, isn’t the most frustrating, perhaps.

“With all that said, it’s nowhere near as bad as it is in Washington, D.C.,” Miller said. “I consider Washington D.C. dysfunctional and it’s often times disappointing.”

“Here at the state level, we can at least still get really good things done.”


“It’s nowhere near as bad as it is in Washington, D.C. I consider Washington D.C. dysfunctional and it’s often times disappointing.”

Miller feels like he will be able to do that — whether he ages double or not.

“If you’re able to put aside the partisanship and work together and develop those relationships, you can become a very successful legislator,” he said, “and that’s what I strive to do each and every day.”

Miller talked of his duties as Senate President, like maintaining order and decorum while the Senate is in session, and then began to explain some of the lesser known things.

“And then there are several administrative responsibilities that are more behind the scenes or, I call “inside baseball” that the general public may not necessarily see,” Miller said.

Miller then went on for awhile talking about those duties, and there is probably a reason why they’re “inside baseball.” Like the inner workings of baseball, those inner workings of government weren’t very interesting and need not be written about here.

As for things Miller thought were important to work on early for the part-time legislature, however, he mentioned mental health, childcare affordability and lowering healthcare costs, along with making the government more effective and accountable.