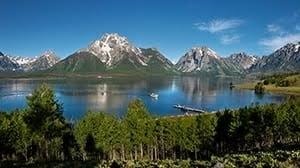 A La Crosse area man has been reported dead in a Wyoming avalanche.

Twenty-nine-year-old Cody Christopherson reportedly triggered a snowslide while trying to ride a snowmobile on a mountain in the Jackson Hole area.

According to social media, Christopherson was from West Salem.

He was visiting Wyoming with family and friends when the avalanche occurred Wednesday on Mt. Leidy.

Others in the group dug through four feet of snow to find Christopherson.

They gave him CPR, but he was pronounced dead at the scene.

The snowmobile reportedly triggered the slide near the bottom of a slope.