Van with overdue tickets gets boot, police get called 'pirates' 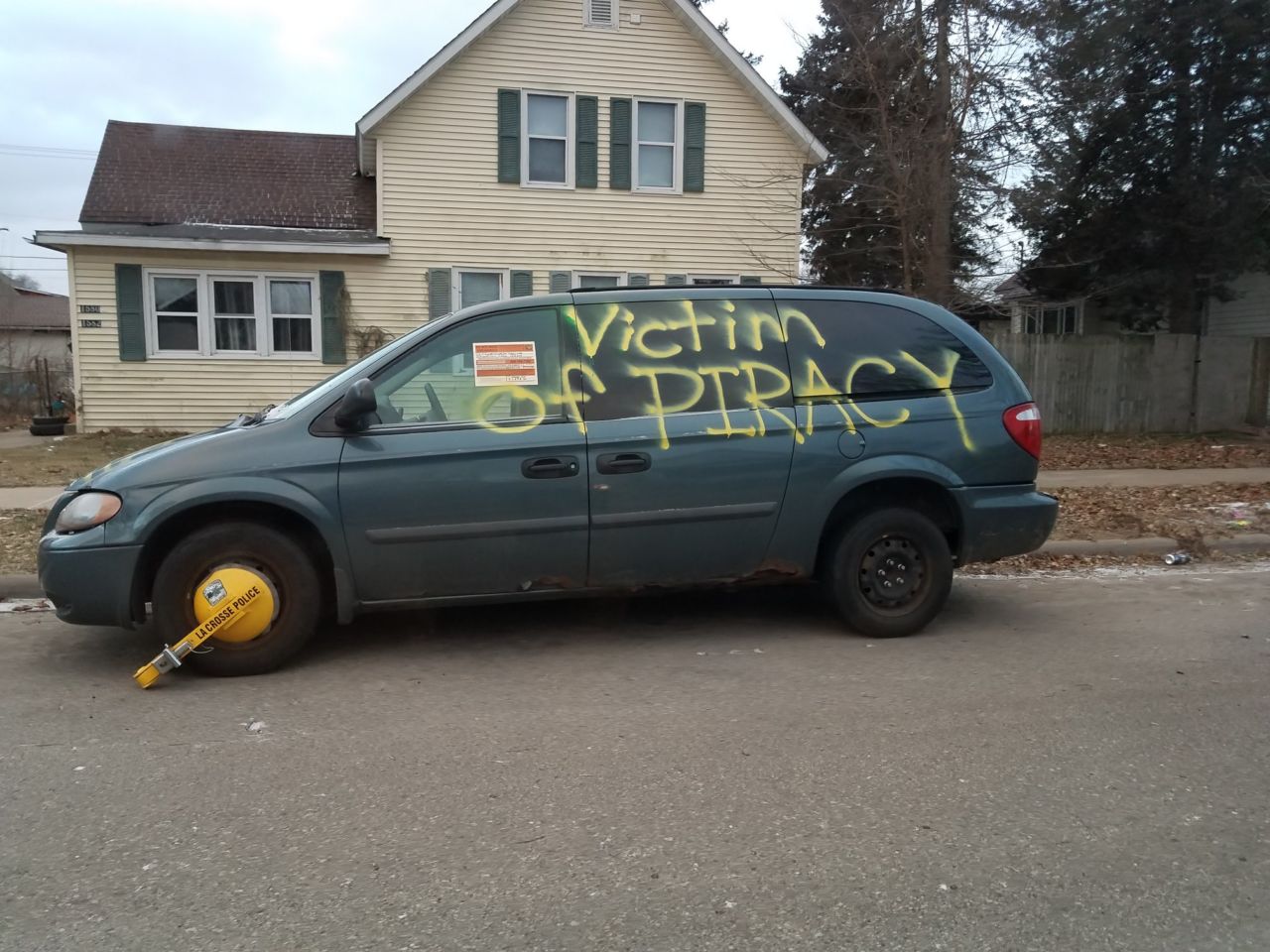 Putting the ‘boot’ on a car with overdue parking tickets has led the vehicle’s owner to compare La Crosse police to pirates.

La Crosse police shared this post of the van, with its locked front wheel, and a spray painted message, “Victim of Piracy.”

Police said they tried negotiating with the owner over about $1,200 worth of fines before using the boot.

Reacting to being called pirates, police responded with the post below, cartoon rendering of a pirate ship, featuring the La Crosse Police logo and the Hatched Baby sculpture.