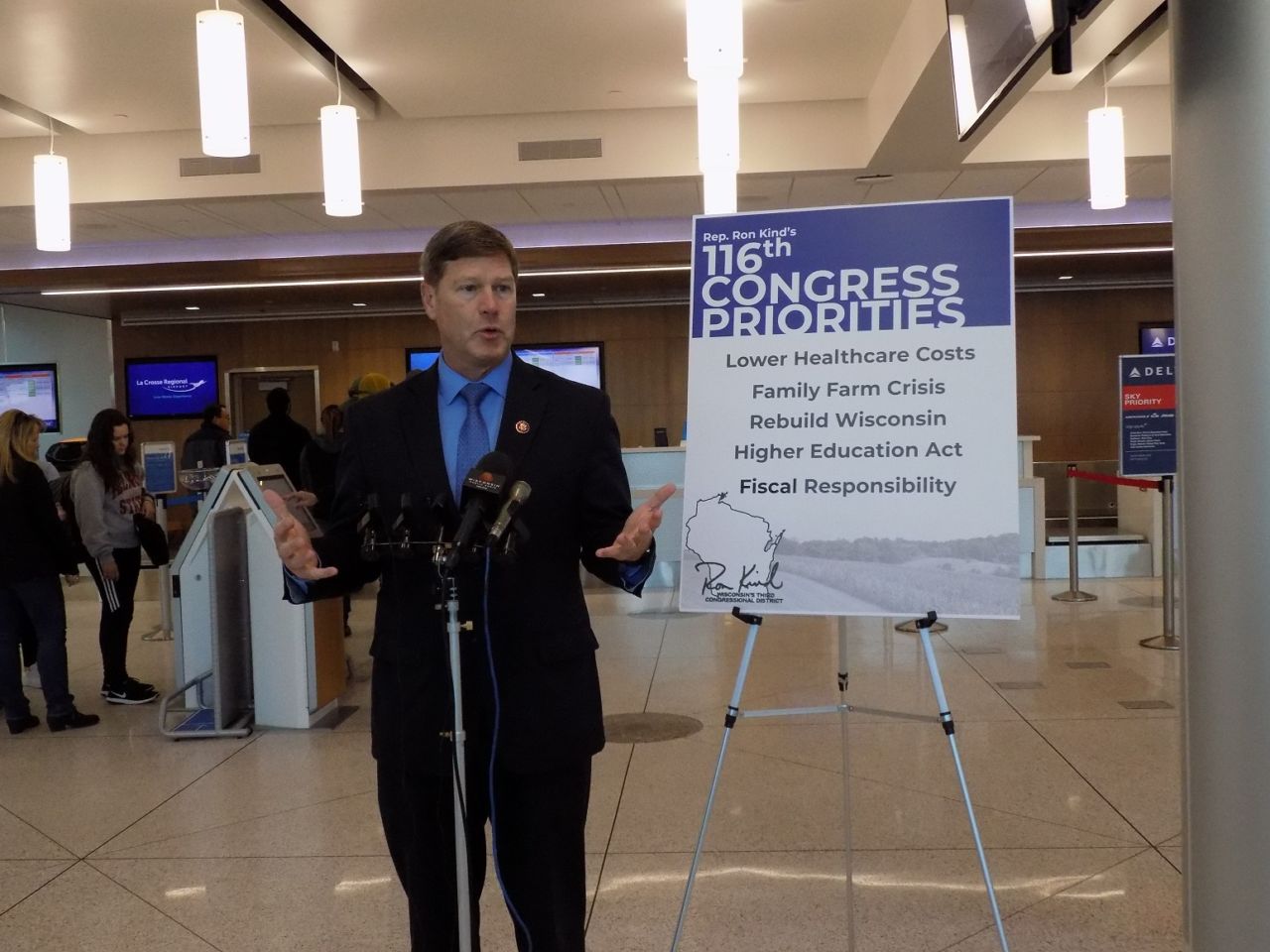 Cong. Ron Kind speaks about his goals for the new session at a La Crosse Airport news conference

La Crosse Congressman Ron Kind is hopeful that the government shutdown can end soon, but he argues that Congress and the president need to work together.

Democrat Kind met with reporters at the La Crosse Airport this morning, shortly before he took a flight back to Washington.

Kind spoke about TSA screeners at the airport, who are continuing on the job but have not gotten a paycheck in recent weeks.

Kind charged that influential conservatives in the media, specifically Rush Limbaugh and Sean Hannity, are controlling the government through President Trump.

The Congressman says the Democratic-controlled House approved a spending bill that Trump had indicated he would sign.

But the president changed his mind, and Kind believes that happened under pressure from Hannity, Limbaugh, and others in the media.

Kind said his priorities for the new session include reducing the costs of health care, and helping Midwestern farmers.