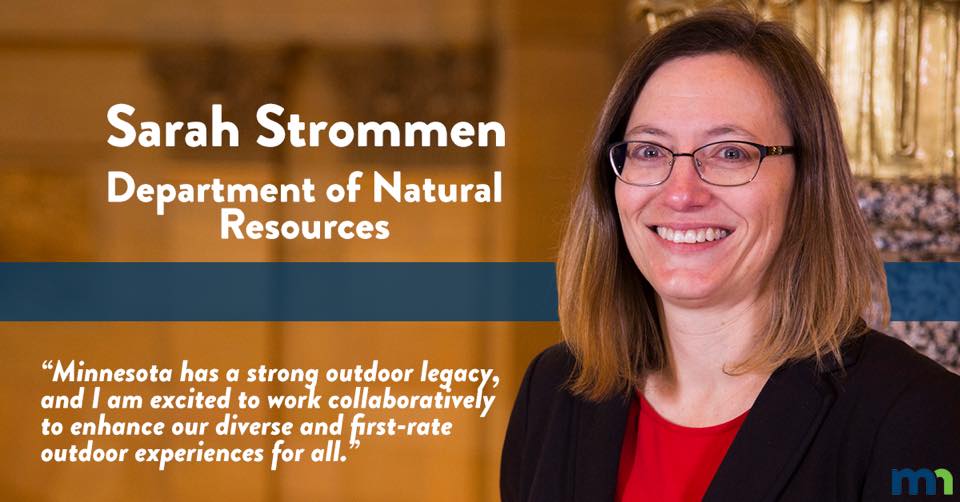 MINNEAPOLIS (AP) — Minnesota’s Department of Natural Resources is getting its first female commissioner.

Sarah Strommen was appointed to the lead the agency on Thursday, four years after joining the DNR as the assistant commissioner. She was with the state Board of Water and Soil Resources before joining the agency and previously spent seven years on the Ramsey City Council and served two terms as mayor, The Star Tribune reported.

“She knows the ins and outs of the department,” said Gov.-elect Tim Walz. “She spoke with a passion that spoke to me.”

“She listens first and tries to understand,” Larson said. “But she’s a doer. She gets things done.”

Eran Sandquist, the Minnesota coordinator for conservation group Pheasants Forever, said Strommen has a strong conservation background and has based her decisions on science.

“I think Minnesotans are going to like her,” Hansen said.

The DNR has about 2,700 employees and a $1.1 billion biennial budget. Some big issues Strommen will face as she takes over the department include chronic wasting disease in deer, a controversial proposal for copper-nickel mining, and a drop in hunting and fishing participation.