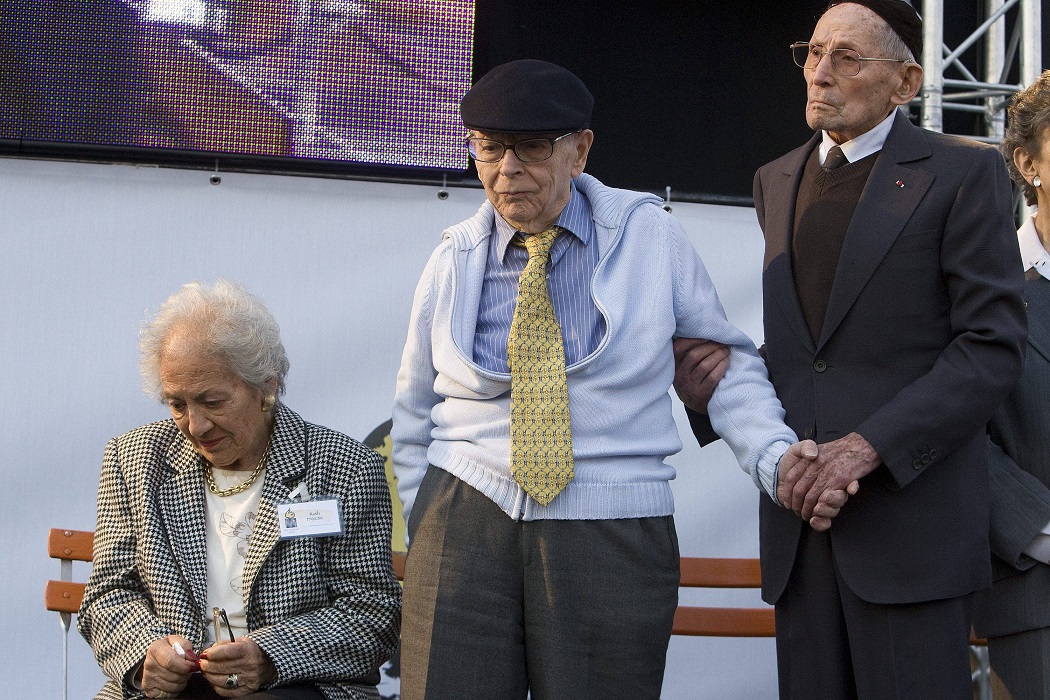 Ruth Fayon, left, David Planer, center, and Georges Loinger, survivors of Holocaust, join in a prayer during a ceremony to mark Israel's Holocaust day at the Place de la Nation, outside the UN headquarters in Geneva, Switzerland, Monday, April 20, 2009. Iranian President Mahmoud Ahmadinejad has accused Israel of being the "most cruel and racist regime," sparking a walkout by angry Western diplomats at a U.N. racism conference and protests from others. (AP Photo/Keystone, Salvatore Di Nolfi)

The phy. ed. teacher who saved hundreds of Jewish children from deportation to concentration camps has died at 108 years old.

Georges Loinger, was a teacher in France that helped smuggle the children into Switzerland.

He died in his home in Paris on Dec. 28, after a recent fall, according to his son.

The New York Times has more on Loinger’s life and heroics.