Parents accused of caging kids will be set for trial 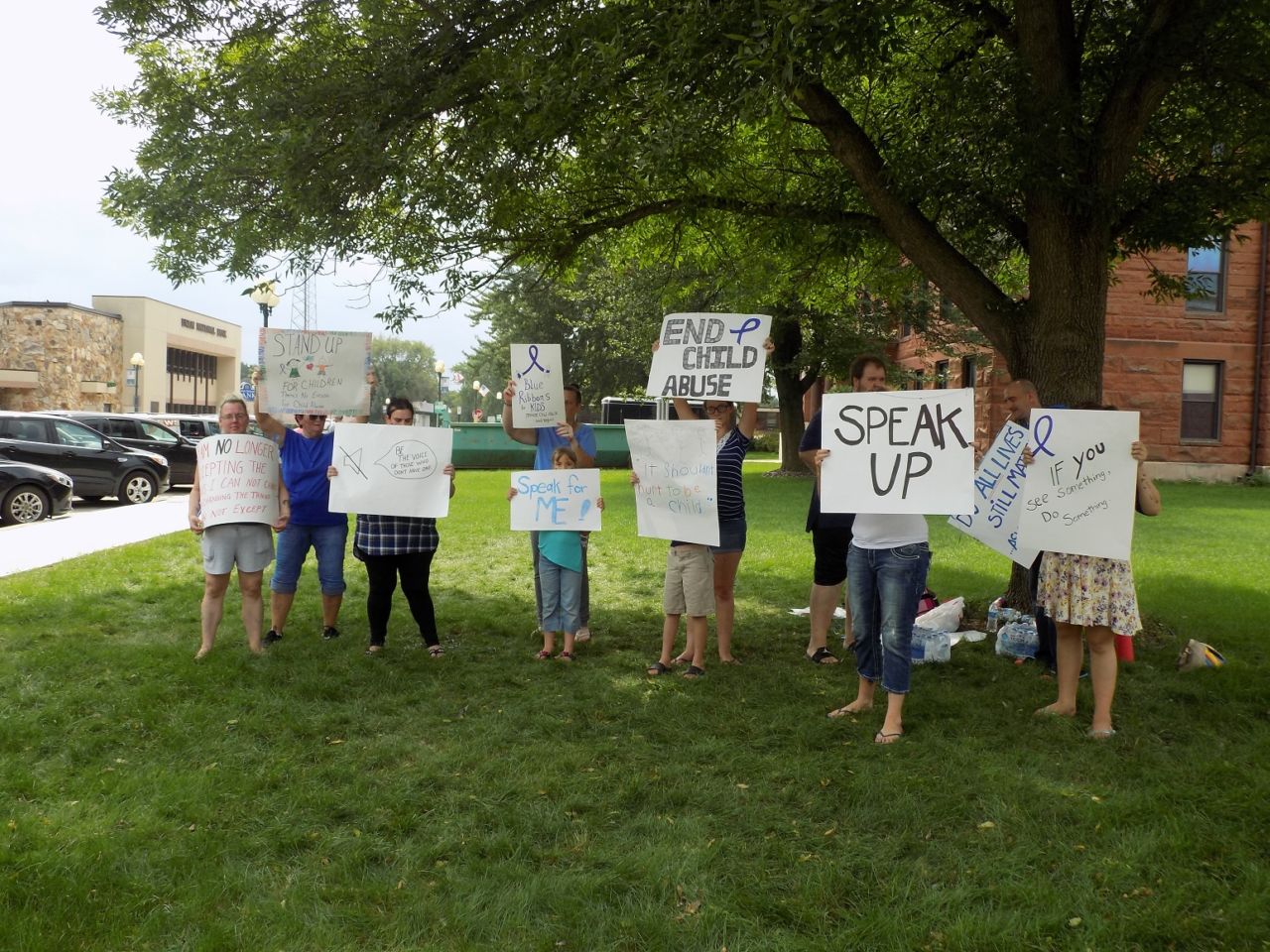 Picketers stood outside the Sparta courthouse last summer, when Travis and Amy Headrick appeared in court

A Monroe County couple accused of keeping their children inside cages will be scheduled to go on trial.

Travis and Amy Headrick of Melvina were charged last summer with multiple counts of child neglect and false imprisonment.

Investigators say the children, all at least 10 years old, are mostly adopted, and have conditions such as OCD.

Amy Headrick has told police that the kids were being separated to avoid harming themselves and each other, calling the cages “glorified cribs.” They were apparently put into homemade cages, tied shut for several hours a day.

One child was found in a horse trough with zip ties.

At a hearing on Wednesday, a sheriff’s investigator testified about conditions at the Headrick house, where the children would spend hours in filthy cages, and reportedly also were beaten.