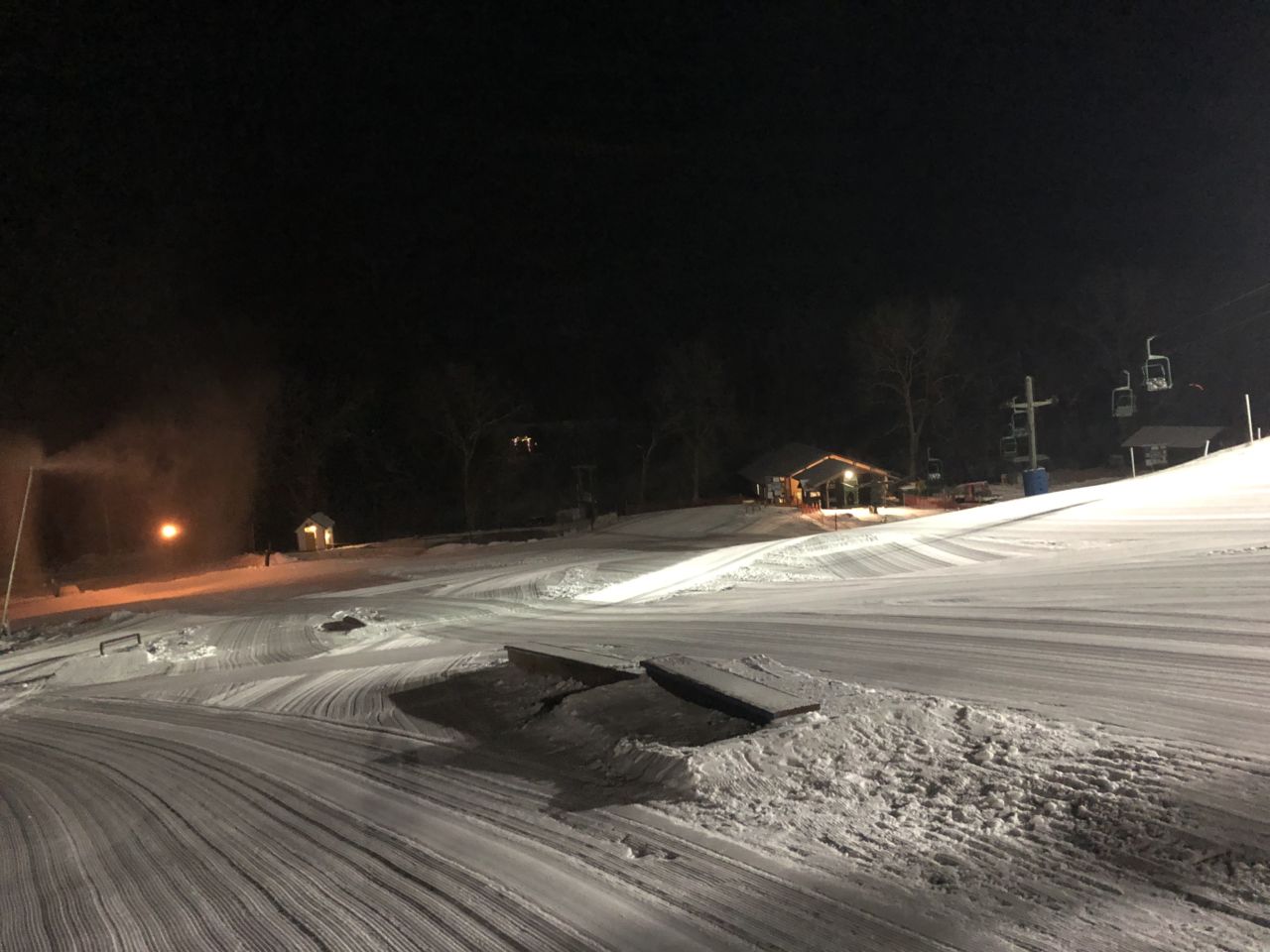 At the end of every season, Mt. La Crosse has, what is called, a “Rail Jam” or “Jam Session.”

It’s where snowboarders and skiers can perform stunts on obstacles — or, if you’re hip with the kids these days, you would say, “See how many hits on the features you can get to impress the judges.”

That’s how Austin Fellenz describes his Rail Jam. He’s the Terrain Park Director at Mt. La Crosse and plans on having more competitions this season, beginning with the first at 1 p.m. Saturday.

He says the course is up now, at the bottom of Midway run, for those who want to practice Friday and early Saturday before the competition. Registration is at noon and the cost is $15. There will be prizes.

Fellenz is an Onalaska High School graduate who has spent a few years working at Arapahoe Basin Ski Area in Keystone, Colo.

He had to do a lot of explaining terminology, so feel free to laugh when things aren’t described correctly but, essentially, the course is made up of rails, PVC pipes, boxes — all called “features” — and is ready for riding.

Fellenz will also be one of the judges, likely wearing a goofy hat
— think Cousin Eddy from Christmas Vacation — and holding those rectangular signs numbered 1 through 10 to hold up when someone “hits a drop” or bites the dust. OK, “bites the dust” isn’t probably what the kids say anymore. What do they call “falling?”

Fellenz also wasn’t too sure if anyone, likely over 25, would be competing, though he welcomes everyone to come try.

“I haven’t seen them out there, too avidly but I’m sure they exist,” Fellenz said, literally, of old people.

And, if old people do exist, Fellenz understands they are more practical when it comes to body preservation.

“I think it’s more of a,” Fellenz said, laughing, “I don’t want to say it’s not for old people but, usually, by then, you start thinking more of the consequences of falling on the rail as opposed to when you’re a kid, you’re like, ‘Oh this looks fun. I’m made of rubber.'”

As for the competition itself, Fellenz said skiers and boarders will likely have 30 minutes to hit has many drops on the features (perform stunts on obstacles). Competitors will go down the course and hike back up, while being judged on who gets the most air or rides the best rail in style — in ability, not so much their gear though Fellenz welcomes people to dress loud.

“I’ve seen a bunch of kids that do that,” Fellenz said. “They’ll dress super goofy and then just come and throw down at this rail jam and win it. It’s really up to the riding style, itself.”

Fellenz hopes to do this as many times as people want to come and compete this season.

If you want to join the events page on Facebook, it’s here.