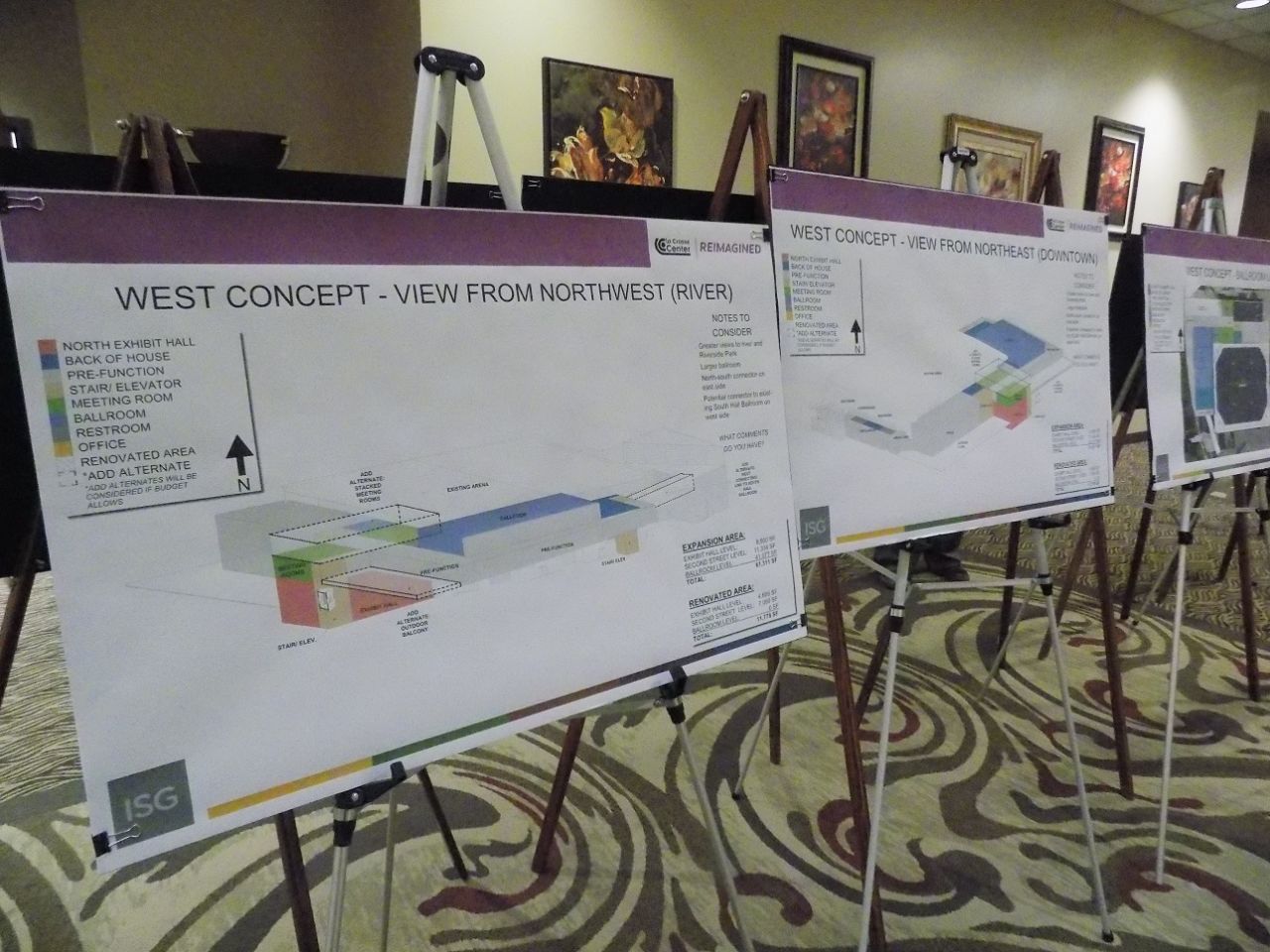 Construction on the La Crosse Center is supposed to begin this year.

This week, a city council committee will be asked to endorse a new concept for a west-side addition, as the focal point of a potential $42 million expansion.

The planning process was slowed down last summer when Mayor Tim Kabat vetoed a plan that took over part of Riverside Park and cost around $48 million.

“We are right on time,” Center Board chair Brent Smith said, “and, I’ll say, if this continues to go as it has, we are looking at the project being completed in early 2021.”

The board endorsed the west concept on New Year’s Eve.

Specific building designs will be put together after the council makes its decision. Smith says more public input is needed, since there are more ideas to be discussed for improving the building.

“The size of the north hall, what would go in front of the building, as far as an atrium goes …” Smith said. “We’re not done yet as far as, certainly, the design goes.”

About 50 people responded to a recent survey on how the civic center should be remodeled.

Of those surveyed, 54 percent favored a western addition to the building, compared to 31 percent for a north-side addition.

Along with the renovation, the Center is also in the market for a salesperson.

A previous sales rep for the center has left.  Smith said the job is aimed at getting events booked in the building.

Center manager Art Fahey says the new salesperson should have experience in the hotel or convention center industries.