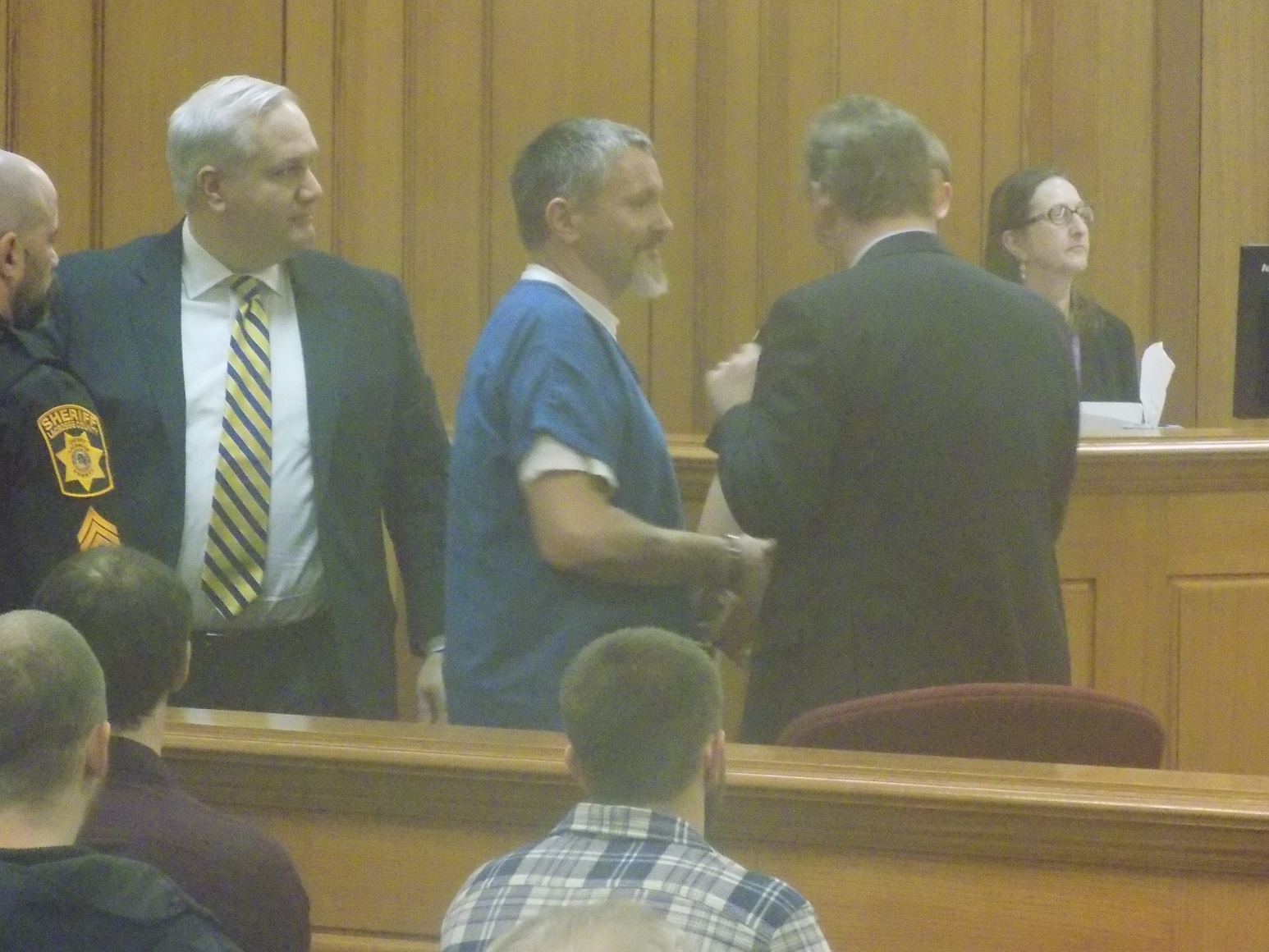 FILE - Todd Kendhammer stands with his attorney after receiving a life sentence for his wife's murder.

Some of the biggest news stories of any year tend to involve crime, especially murders.

The sentencing of a La Crosse County man for the death of his wife stole headlines for weeks, and is the WIZM No. 1 news story of 2018.

Todd Kendhammer was convicted in December of 2017 for the beating death of his wife Barb. In March, the West Salem, Wis., man was ordered to serve at least 30 years in prison before seeking a release.

Kendhammer still claims that Barb was killed accidentally by a metal pipe smashing through their car window.

Prosecutors, however, said evidence pointed to a fatal beating.

Kendhammer does have has until March 1, 2019, to file for an appeal of his conviction.

Judge Todd Bjerke said that the evidence of a fatal beating was “overwhelming.”

“To me you snapped on that date,” Bjerke said in court. “You lost it. Committed this horrific act. Barbara’s dead. And there’s the coverup after.”

Kendhammer thanked family and friends for their support at the sentencing.

“I would like to say thank you to my family and friends for the support that they’ve offered and continue to offer.”

Also in 2018, another area man was charged with murder in the county.

Erik Sackett was accused of killing his ex-girlfriend, Erin Somvilai, and trying to sink her body in a Vernon County lake with concrete blocks.

Other homicide trials are scheduled in La Crosse in April. One case involves a fatal car crash near Holmen, while the other is connected to a deadly drug overdose.