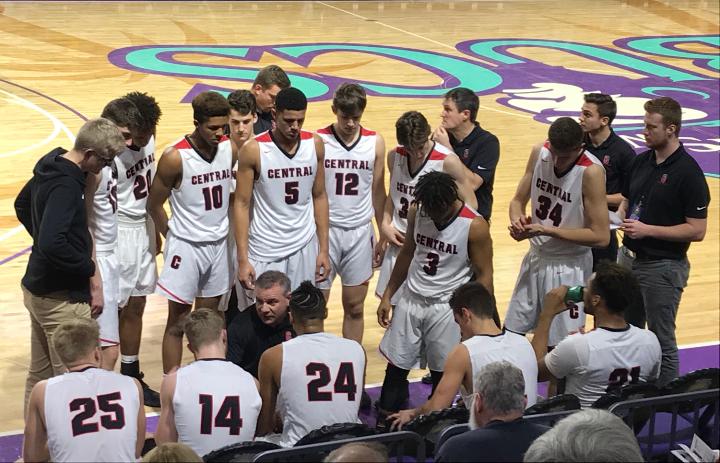 There’s nothing like a trip to Florida in December for someone from Wisconsin.

The Central High School boys basketball team just returned from Fort Myers, Fla., after a successful showing at the City of Palms Classic.

The trip, of course, was focused on basketball, team building and playing in a different venue — one that may not be all that dissimilar from a state tournament, if you will — but, it was also about 14 players and a manager escaping to Florida to do what Wisconsin kids will do.

“There was a lady walking on the beach and she had a winter coat on, a scarf, a hat,” Central coach Todd Fergot said. “And this day it was, by the time we were on the beach, it was mid-60s.

“She’s out there all bundled up and our guys are out there with shorts, no shirts, and just running around the beach, having a good time.”

There was no swimming. Riptide was too much on that day. Fergot just let them wade into the ocean up to their waists. But, of course, they were probably the only ones out there doing that, no doubt.

There were also hurricane-like winds and a tornado warning — which felt odd to Fergot and company for December.

Aside from all that and the games, senior Noah Parcher was in a 3-point contest and junior teammate Johnny Davis competed in a dunk contest — an impressive contest, apparently.

“Two kids jumped over — they lined up three players 6-foot, 6-3, 6-6 (tall),” Fergot explained. “Two high school players came down and jumped over these three guys and dunked. It was like NBA stuff. It was crazy.”

Fergot said his guys finished in the middle of the pack in those competitions but also mentioned, Davis’ dunks during the games were just as, or even more impressive.

The tournament featured some of the top teams and top players around the country. That’s something Fergot doesn’t typically pay attention to, unless they’re potentially on the Central schedule, but his players sure knew who was who.