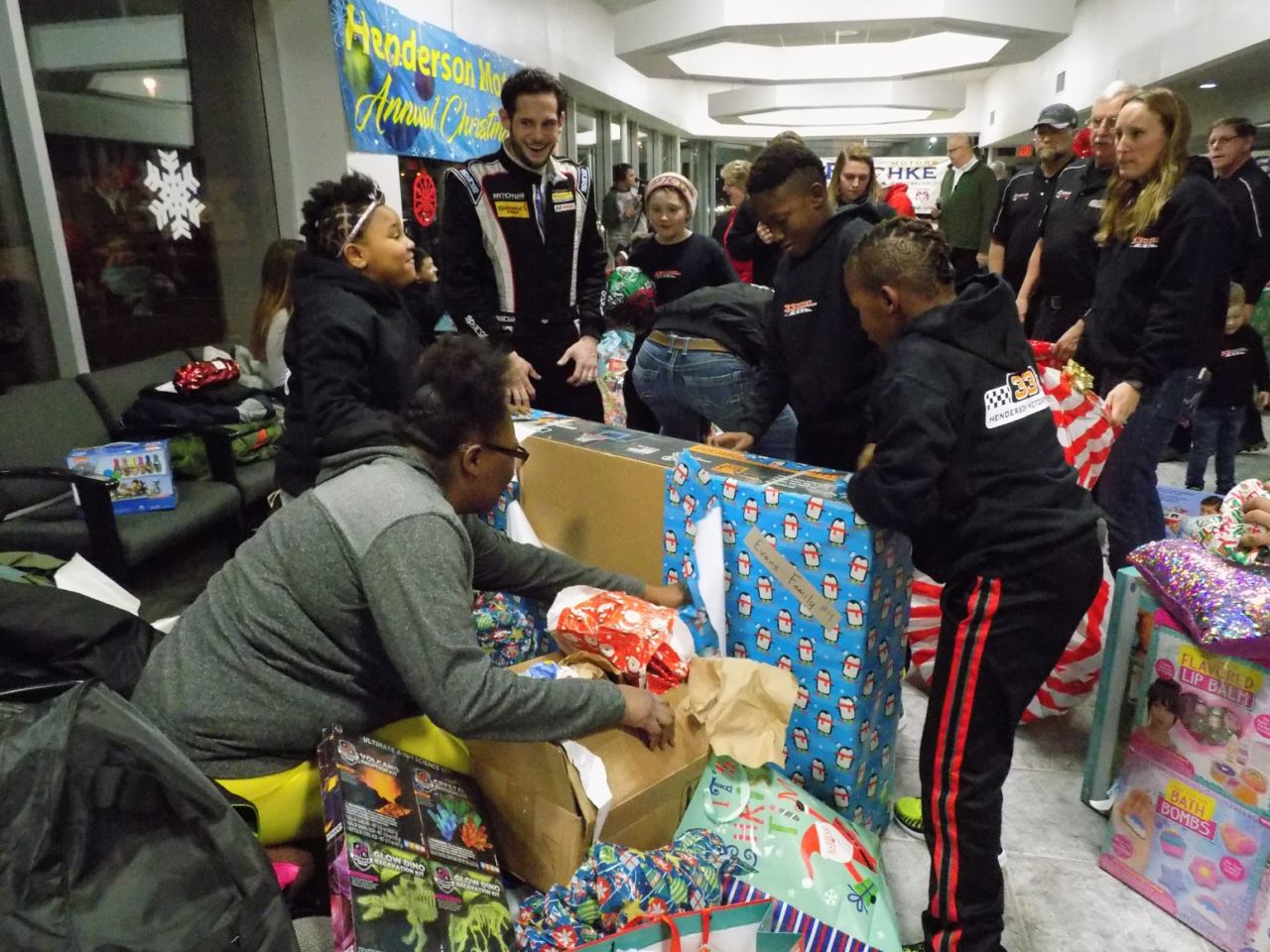 Henderson Motorsports presented the gifts to families from the La Crosse and West Salem school districts, during a party at Pischke Motors in downtown La Crosse.

Three race vehicles driven at area tracks were on display inside the Pischke showroom during the event.

This is the sixth year that driver Matt Henderson and his racing family have been involved in raising money and buying presents for needy families.

The families chosen this year received presents such as games, basketballs, and clothing.