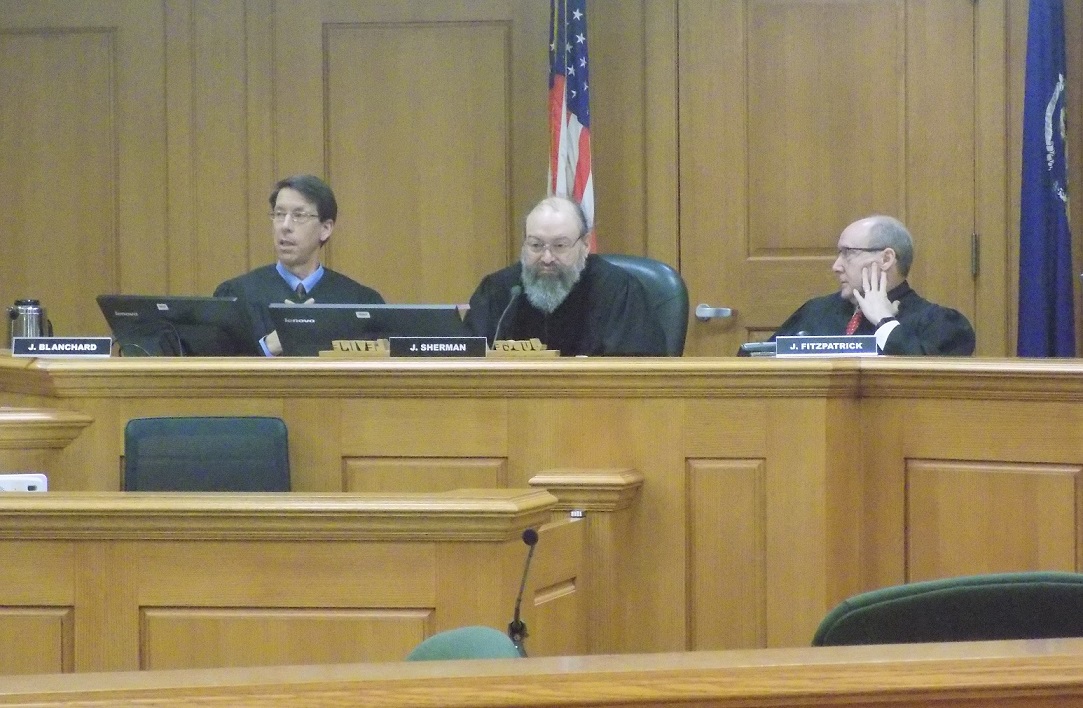 For the second time this year, one of Wisconsin’s appellate courts has come to the La Crosse area to do business.

Thursday, the La Crosse courthouse hosted the 4th District Court of Appeals for a hearing on a La Crosse County lawsuit.

“Most people hardly realize we exist,” Sherman said. “We are kind of the most invisible court in Wisconsin. We don’t sti in a courtroom all day, we seldom wear robes. We really only hold an oral argument at most a half a dozen times a year.”

Judge Michael Fitzpatrick, who joined the 4th District appeals court last year, said about 85 percent of the time the appeals court upholds decisions made at the county level.

Judge Gary Sherman added that the local circuit judges around Wisconsin tend to do a good job.

“The record that we get has left me very impressed with the ability of circuit court judges to make detailed findings and create a record that we can review on the fly, as it were, in the courtroom,” Sherman said.

Fitzpatrick added that the appeals court hears close to 3,000 cases a year but only conducts oral arguments in a handful of them.

In October, the state Supreme Court visited Monroe County. The 4th District covers 24 counties in the western and southern sections of Wisconsin.