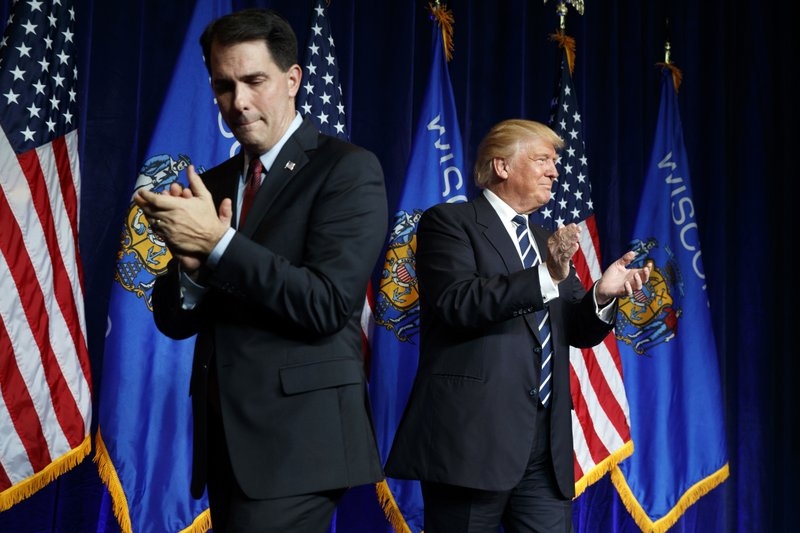 A coalition of liberal groups, with the support of former Democratic U.S. Attorney General Eric Holder, asked a federal judge to block implementation of the early voting restrictions. The same judge in 2016 struck down a similar two-week early voting limitation as unconstitutional.

Attorneys for the groups argued that Republicans called the lame-duck session “as part of a partisan attempt to retain and regain power” and the early voting limitation was “in direct violation” of the court’s 2016 order.

Holder, in a statement, said Walker and Republicans showed a “blatant disregard for a previous court ruling and refusal to listen to the will of the people.” He called it “another shameful mark on the legacy of Scott Walker and his allies in the Legislature.”

Walker signed the new limits into law on Friday, just over three weeks before he is replaced by Democratic Gov.-elect Tony Evers who defeated him in November. Other bills Walker signed that passed during the lame-duck session would limit the powers of Evers and the incoming Democratic attorney general.

Michigan’s Republican legislators also are weighing legislation resembling Wisconsin’s that would strip or dilute the authority of incoming elected Democrats. The push in both states mirrors tactics employed by North Carolina Republicans in 2016.

Wisconsin Democrats won election to every statewide office on the ballot in November, including defeating Walker. Republicans, however, maintained majority control of the Legislature and quickly convened the lame-duck session to pass bills Walker could sign before he leaves office on Jan. 7.

In the November election, the overwhelmingly Democratic cities of Madison and Milwaukee allowed for voting six weeks prior to the election, far longer than in smaller and more conservative communities across Wisconsin. In total, more than 565,000 people voted early, the most for a midterm election in Wisconsin history.

Walker and Republicans who pushed for the two-week limit said the time frame for voting early should be uniform across the state, not left up to each community to determine. Walker argued it was an issue of fairness. Local communities could decide when within the two-week period to offer early voting.

U.S. District Judge James Peterson, in striking down the two-week early voting limitation in 2016, said then that the move was designed by the Republicans who passed it to give them a partisan advantage and limit the ability of African Americans and Hispanics living in Wisconsin’s largest cities to vote.

Peterson rejected the fairness argument in 2016, saying then that “the purported consistency is illusory.” Rather than working to expand early voting in smaller communities, the state limited it in large ones, he wrote in 2016.

The same groups that sued in 2016 — One Wisconsin Institute and Citizen Action of Wisconsin Education Fund — went back to court Monday. Holder’s group, the National Redistricting Foundation, is not a part of the lawsuit but voiced support.

The groups asked the court to act to strike down the early voting change before the next statewide general election on April 2.

They also asked the court to strike down two other provisions related to Wisconsin’s voter ID law that were included in the lame-duck bills but previously struck down by Peterson in 2016.

One would require university and college IDs used for voting to be unexpired. Another would limit the time period — from 180 days to 60 days — that receipts given to people who are seeking a free ID from the state could be used as valid ID to vote.