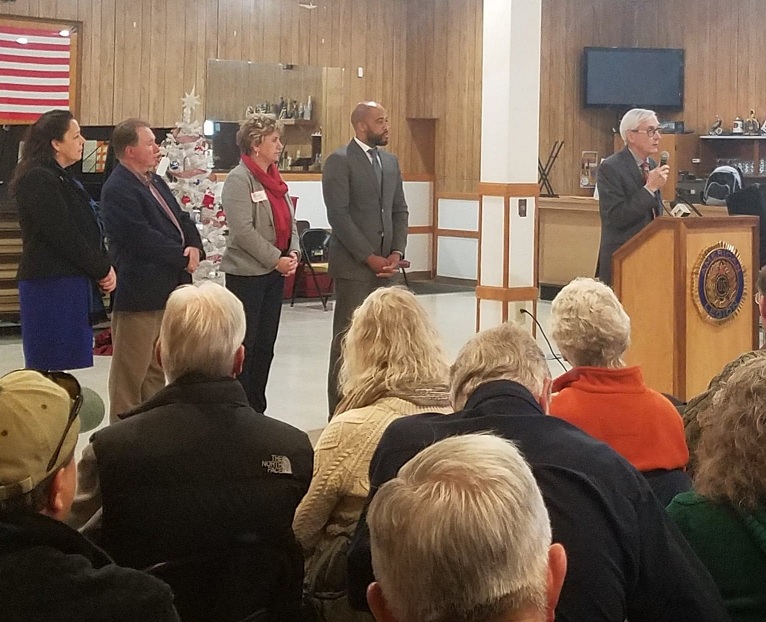 Tony Evers and crew were in La Crosse on Tuesday as part of his statewide listening tour.

Around 200 people came to voice their opinion at the incoming governor’s “Building the People’s Budget” tour, on a wide range of topics at the American Legion Post 52.

Lt. Governor-elect Mandela Barnes was part of the tour, which has gone on for the past week and wraps up Wednesday in Milwaukee.

Barnes said they’ve been getting feedback on what direction to take the state in all areas.

“How can schools be better funded? How can we work to be better environmental stewards? How can we create an economy that works for everyone?” Barnes said.

Barnes added that the point of the tour is, especially, to come up with “a budget that represents the interests of the people of the state of Wisconsin.”

Barnes and Evers have also been getting feedback on this month’s lame duck session the legislature passed along party lines, which was signed into law by Gov. Scott Walker.

The new laws, among other things, limit some authorities that Evers will have when he takes office.