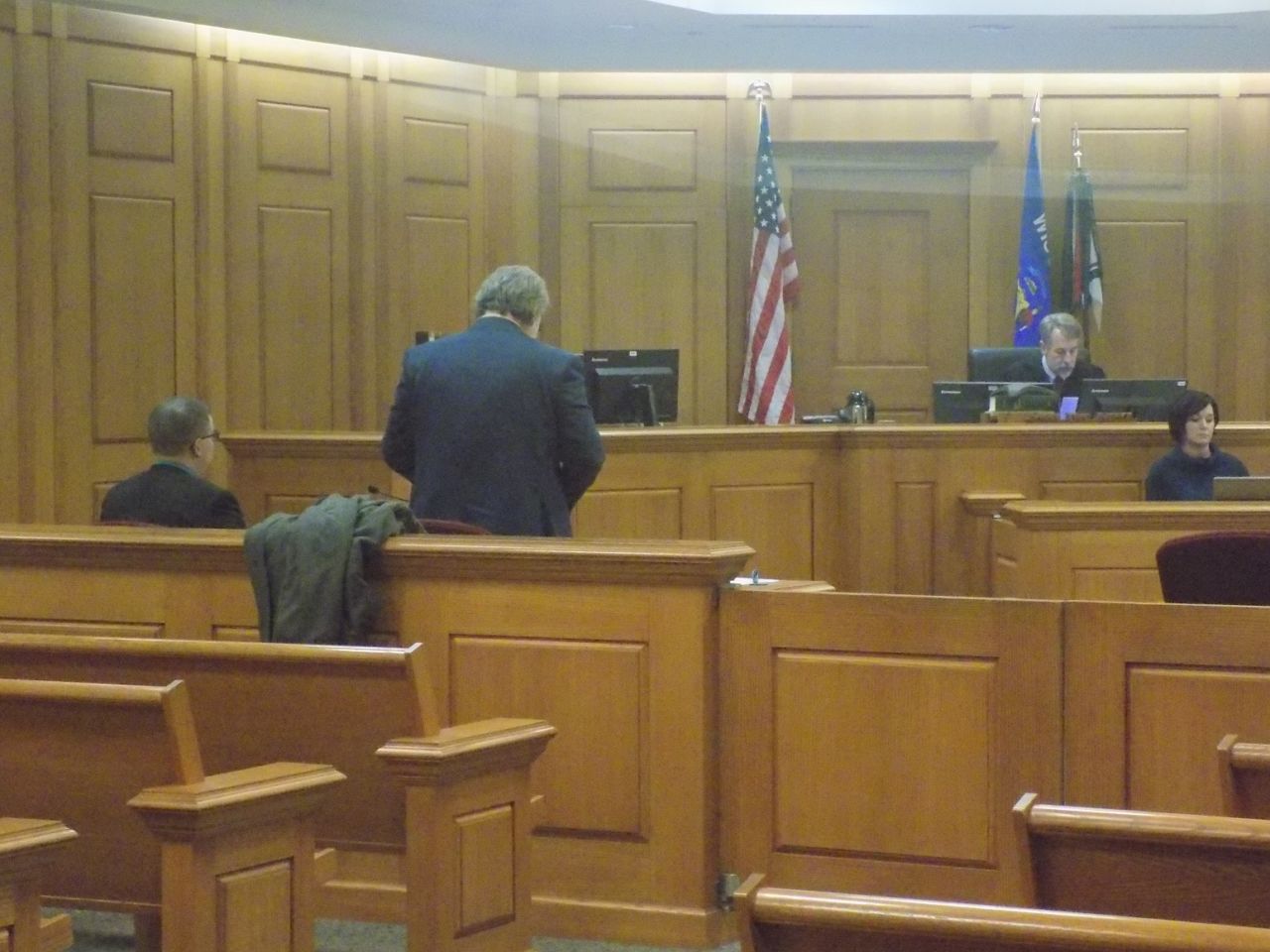 Dustin Bagstad (seated, left) appears with his attorney Keith Belzer (standing) at a plea hearing in La Crosse on Monday

Fourteen of those charges are being dismissed as part of a negotiated plea.

The 34-year-old Bagstad admitted to the charges of sexually assaulting one 15-year-old girl repeatedly over several months.

Bagstad had been a co-director of show choirs in the La Crosse School District.

He could receive up to 125 years in prison when he’s sentenced on April 8th.