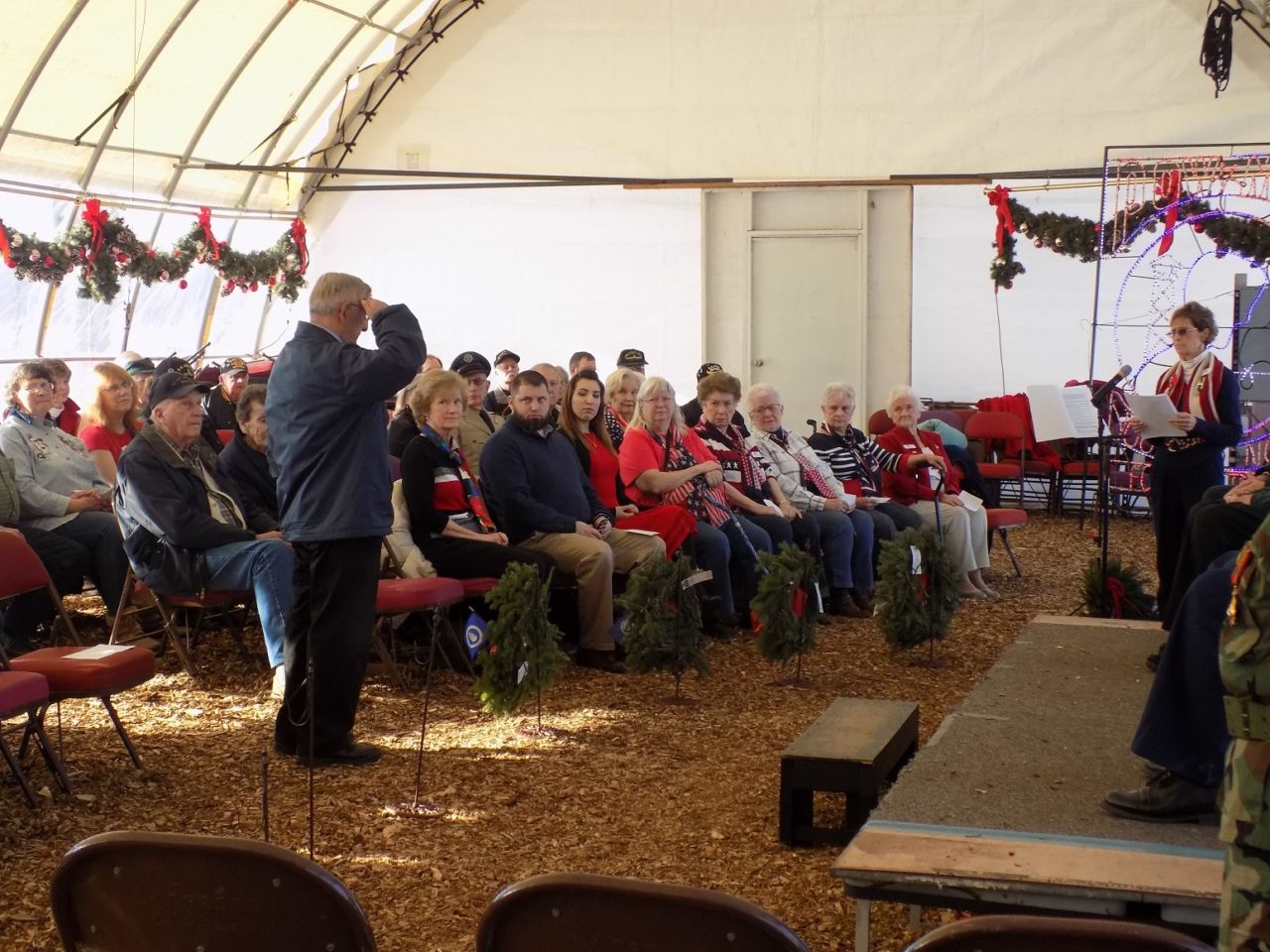 A Christmas-time recognition of Americans who have served in the military was held at locations around the country today…including on La Crosse’s riverfront.

The ice castle at Rotary Lights hosted a “Wreaths Across America” ceremony at 11 a.m., the same time that similar events were scheduled throughout the U.S.

Local veterans and other volunteers placed wreaths representing seven branches of the military.

Other local wreath ceremonies were scheduled at cemeteries, and at the Veterans Memorial Monument at UW-La Crosse.