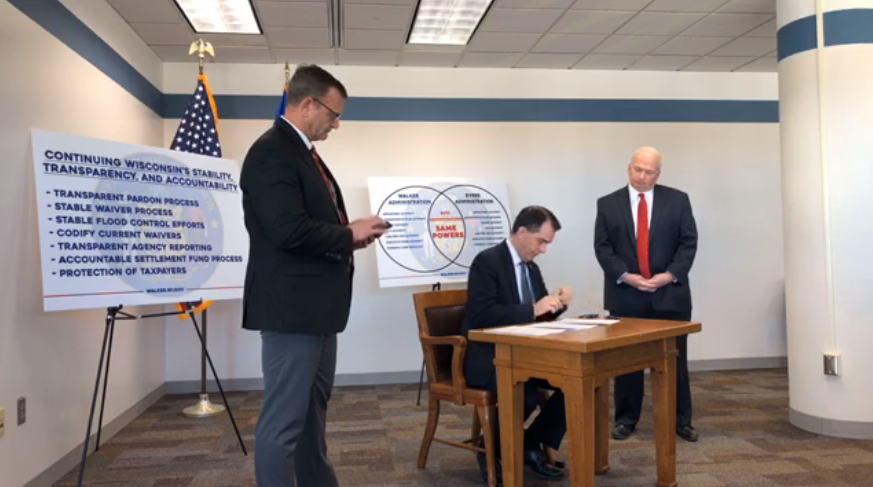 Walker ignored pleas from Democrats and some Republicans to veto the measures, saying enacting them tarnishes his legacy.