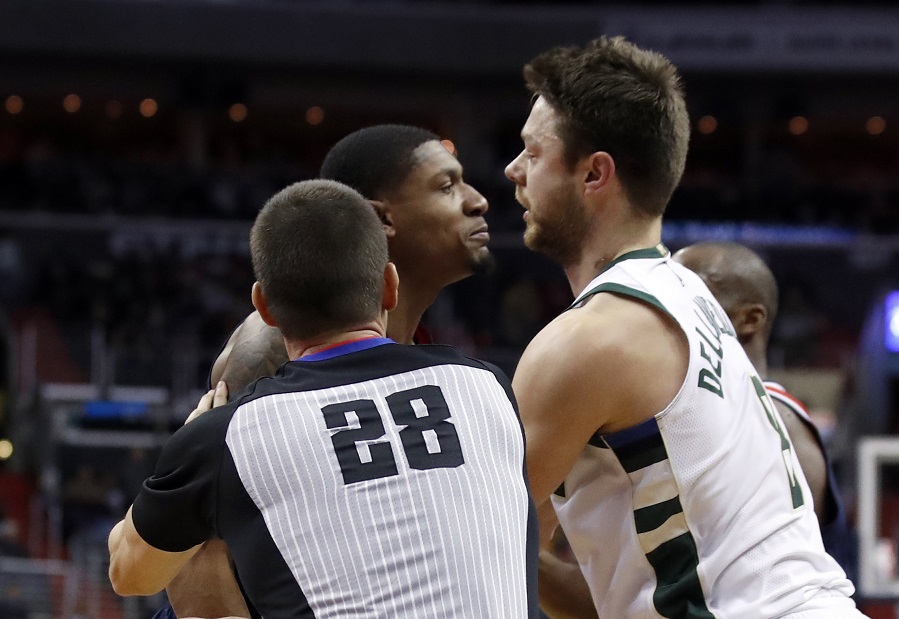 It’s easy to see that the Milwaukee Bucks are simply clearing cap space with a recent three-team trade.

Also part of the trade, former Wisconsin Badgers forward Sam Dekker was shipped to the Washington Wizards, who sent a second-round pick to Cleveland, while Milwaukee got forward Jason Smith.

Henson and Dellavedova are due about $20 million combined this season and next. George Hill can be cut after next season for $1 million. Smith is an unrestricted free agent after this season.

For the here and now, the Bucks get a backup point guard with shooting and defensive ability. They do lose a rim defender in Henson, and Smith — if he remains on the team — will not help there. It, perhaps, just puts more of a burden on Giannis Antetokounmpo, who is already averaging 13 rebounds, 1.3 blocks.

For the future, the Bucks could be simply making room to re-sign Eric Bledsoe, who is an unrestricted free agent, and Khris Middleton, who has a player option next year he will decline to become a free agent. Not to mention Brook Lopez, who is also a free agent.

The trade also allows the Bucks to use Hill in another trade before the deadline — teams had to make the deal by Friday so traded players could be repackaged by February’s trade deadline.

The trade also could be setting wheels in motion to trade Khris Middleton.

The 27-year-old was benched for the fourth quarter and overtime in the loss to the New York Knicks because of a “lack of effort.”

Coach Mike Budenholzer and Middleton apparently worked it out in a Monday meeting, but Middleton was then absent for “personal reasons” Wednesday. He did play 27 minutes in the loss to Golden State on Friday.

So, if it’s not simply clearing cap space, this could be maneuvering to trade Middleton, though it’s a bit far fetched.

The Bucks are already over the salary cap this season. And, the picks used to get rid of Henson and Dellavedova, would have been better served to use in a package with Middleton — like acquiring Bradley Beal, for example, who makes about $25 million a year.