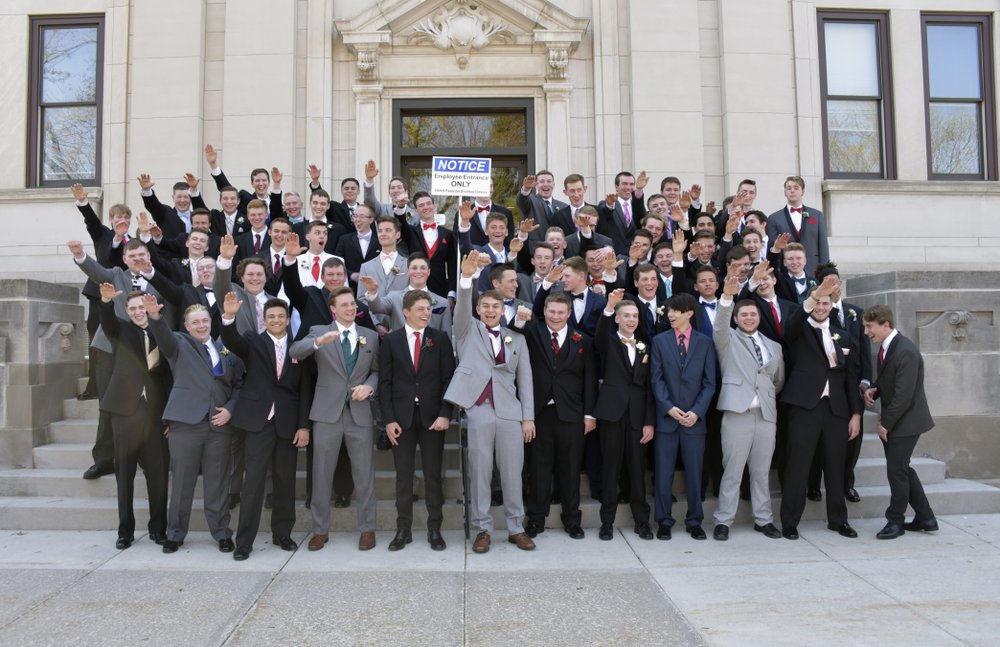 MILWAUKEE (AP) — A group at a Milwaukee high school recently took a photo to spread peace in response a photo that surfaced showing high school boys in Baraboo giving what appears to be a Nazi salute.

About 65 Rufus King High School students and faculty held up peace signs, hearts and the American Sign Language sign for “I love you” in their photo.  The group came up with the hashtag #WIUnitedinLove to promote their message.

The group also discussed anti-Semitism, hate and the Baraboo photo that was taken last spring. The photo of more than 60 male students dressed in suits shows many with their right arm extended upward while posed on the steps of the Sauk County Courthouse and has drawn a strong rebuke on social media recently. Photographer Pete Gust said he simply asked the boys to wave goodbye to their parents.

The idea for a photo response promoting peace came from Rufus King English teacher Kelly O’Keefe-Boettcher, who is also the faculty adviser for the school’s Jew Crew and Friends of Islam groups. She said the school wants to “be an upstander, not a bystander.”

“We’ve been having a lot of conversations about escalating hate crimes, and obviously the assault on the synagogue in Pittsburgh is on everyone’s mind,” she said. “These two groups have been struggling with ‘Where am I safe and who will protect me.’”

O’Keefe-Boettcher said she was moved by the number of students and faculty who participated in the photo, as well as the positive response the picture has received online.

“The picture was shared several hundred times,” she said. “It resonated. People wanted a response to that picture that didn’t leave people feeling hopeless. People were hungry for it. People who I have never met. People from all over Wisconsin have said, ‘this is beautiful, thank you.’ I like to believe that this is where this is heading.”