Happ only bright spot in Badgers' loss to No. 4 Virginia 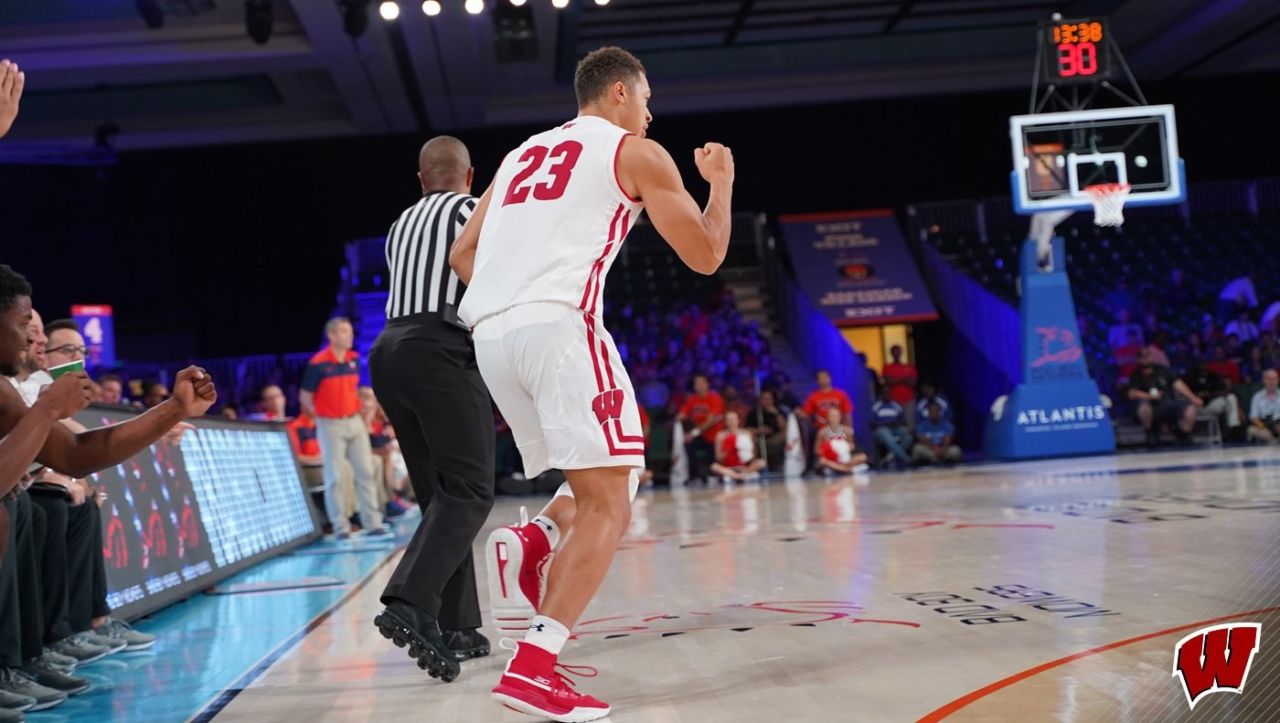 La Crosse native Kobe King, coming off a career high 14 points on Thanksgiving, scored five points in 27 minutes off the bench. The redshirt freshman was 2-for-4, including a 3-pointer. He also recorded a steal and a turnover, as the top man off the bench.

Aside from Happ’s 11-of-19 shooting, Wisconsin was terrible. Nobody scored more than seven and the rest of the Badgers combined to shoot 10-for-29 from the field and 2-for-11 from deep.

Happ did manage six of the team’s 13 turnovers.

The No. 25 Badgers (5-1) got as close as five four separate times in the second half, but could never overtake the Cavaliers (6-0)

Virginia got another test like coach Tony Bennett wanted, and fittingly it came from a team with a style that looked awfully familiar.

Perhaps that’s why the Cavaliers handled everything that came their way — from fighting through their off-target shooting (20-for-54, 4 of 17 from deep) to tussling with the preseason All-American Happ — well enough to win the Battle 4 Atlantis championship.

The tournament title game featured tough defense and plenty of clock-melting stretches that reduced the number of possessions, leading to a grind-it-out fight to the final horn.

That was just fine with Bennett, who has plenty of experienced players but deflected questions about his team’s experience before the tournament by focusing on the fact he’s only starting to blend in a few new additions.

Virginia wasn’t tested much in its first three home games. Now Bennett has an answer about how his players will respond in a close game: well enough to claim a Thanksgiving holiday tournament championship for sixth straight year.

“It was a test of our system and it really was a test individually of what our guys had in their minds and in their heart,” Bennett said. “We talked about refusing to yield, just trying to be that way. It’s kind of coach talk, but it’s true when you get in those spots. I kept trying to say, ‘I love being in this spot. Keep fighting, let’s see what we can do.’”

There was plenty for Bennett to feel good about this week, starting with tournament MVP De’Andre Hunter. The 6-foot-7 redshirt sophomore was dominant for much of the three games in the Bahamas, finishing with 20 points and nine rebounds against the Badgers.

Beyond that, the Cavaliers followed their tough semifinal win against Dayton with a strong first half against Wisconsin to build a 33-18 halftime lead. Then they were tough enough to hold off the Badgers despite shooting just 26 percent in the second half.

That included going just 2-for-16 out of the locker room, a stat that drew a chuckle from junior guard Ty Jerome.

“I guess it’s funny now because we won,” Jerome said, “but like (Bennett) said, it’s a testament to our defense, our fight and where we are right now in a season. I think we understood who we have to be today.”