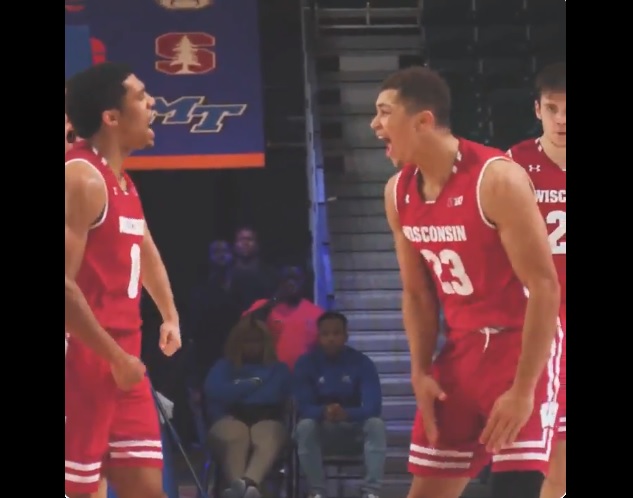 PARADISE ISLAND, Bahamas — It was a career day for both D’Mitrik Trice and Kobe King on Thanksgiving.

The two both scored all-time bests as the No. 25 Wisconsin men’s basketball team hit a tournament-record seven 3-pointers en route to a 78-58 win over Oklahoma in Thursday’s semifinals at the Battle 4 Atlantis.

King set his career high with 14 points, going 5-for-8 from the field and 3 of 5 from deep. The La Crosse native, who played 26 minutes off the bench, didn’t record any other statistics for Wisconsin, which plays at 1 p.m. Friday against fourth-ranked Virginia for the championship. The Cavaliers are coached by Wisconsin native Tony Bennett — son of former Badgers coach Dick Bennett.

Trice, who finished with a career-high 25 points, started 7-for-7 from behind the arc, the last coming when he pump-faked a defender and stepped to his right to bury the shot for a 66-47 lead with 6:22 left.

He did finally miss a 3-pointer less than a minute later to finish at 7 of 8.

That was also the first missed 3 after halftime for the Badgers (5-0), who made 8 of 9 after halftime and 14 of 22 for the game. Wisconsin shot 59 percent in the second half, using a 10-0 run to blow the game open and earn a trip in Friday’s championship game.