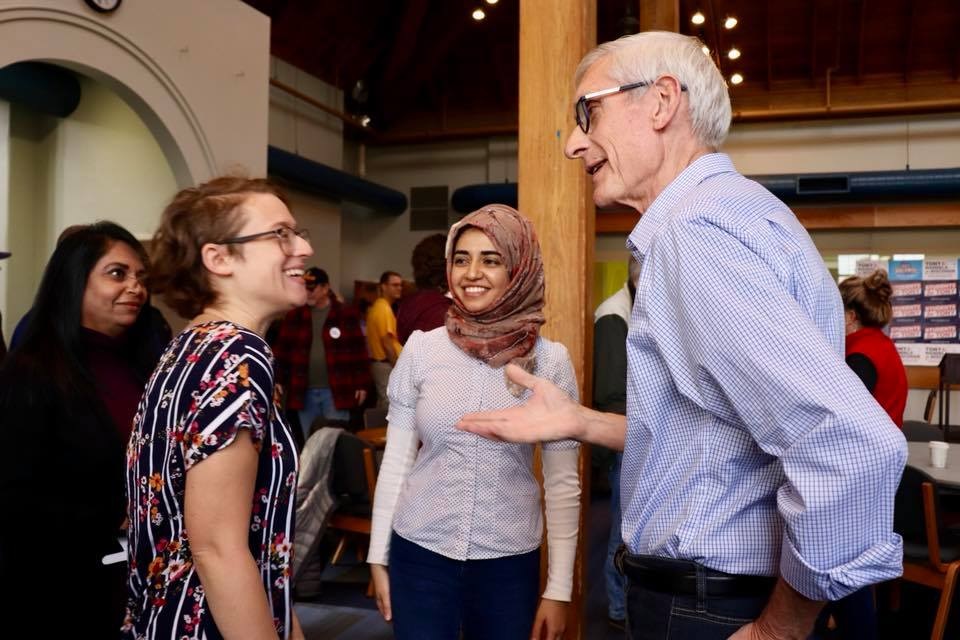 MADISON, Wis. (AP) — Incoming Democratic Gov. Tony Evers would need to find about $1.1 billion to give state agencies all they requested to pay for schools, prisons, Medicaid and other government operations over the next two years, a report released Tuesday said.

The analysis from Gov. Scott Walker’s administration revises revenue estimates for the current year and makes a prediction of how much the state will collect in taxes over the next two years. It then subtracts spending requested from state agencies over that time period, assuming they would get all that they ask for, which they never do.

Although revenue estimates will be revised several times over the coming months, the report is a snapshot of the challenge facing the new governor and Republican-led Legislature. This will be the first budget debate since 2007 in which the governor and Legislature are under split party control. Republicans have controlled everything for the past eight years and Democrats had full control during the two years prior.

In 2007, the governor was a Democrat, the Senate was controlled by Democrats and the Assembly was run by Republicans. The budget wasn’t signed into law until October, four months late. In 2017, when Walker and Republicans couldn’t agree on transportation funding, Walker signed the budget three months late, in September.

The other four budgets were all passed and signed into law on or before the July 1 deadline.

Evers will introduce a budget early in 2019, which the Legislature will then revise over several months. The current budget, which runs until June 30, 2019, will remain in effect until a new one is signed into law.

“It’s not unusual to have agency requests be larger than the estimates,” Evers’ spokeswoman, Carrie Lynch, said in an email to The Associated Press. “Budgets are about priorities and Governor-elect Evers is confident his team can put together a balanced budget that puts Wisconsin children and families first.”

Evers is currently serving as state superintendent of schools. In the budget request for the Department of Public Instruction that he submitted before he defeated Walker, Evers sought nearly $1.6 billion more for schools over the next two years.

Evers will be sworn in as governor on Jan. 7.

The report assumes that tax collections will be 4.2 percent higher this fiscal year than the previous one. It then assumes growth of 3.5 percent the first year of the next state budget and 2.5 percent the second year. In total, that would be $2.1 billion more in tax collections.

The Republican co-chairs of the Legislature’s budget-writing committee said the revenue estimate shows the state is “headed in the right direction.”

“Governor Walker is leaving Wisconsin in much better fiscal shape than what he inherited,” state Sen. Alberta Darling and Rep. John Nygren said in a joint statement. “Wisconsin is on the right track and this report proves it. With the amount of money coming into the state, we can continue to fund priorities like education, continue to cut taxes, and balance the budget.”

The Walker administration revenue estimates are based on current state and federal law and “can be volatile,” the report cautioned.

Revenue estimates will be updated in mid-January by the nonpartisan Legislative Fiscal Bureau. Those numbers will then form the basis of the state budget Evers submits.

The $1.1 billion shortfall is not out of line with recent budget projects at this point in the process. The average imbalance in the past four reports was about $1 billion, Walker’s administration said.

However, the numbers can change quickly. By the time Walker introduced his first budget in 2011, the projected shortfall was $3.6 billion.