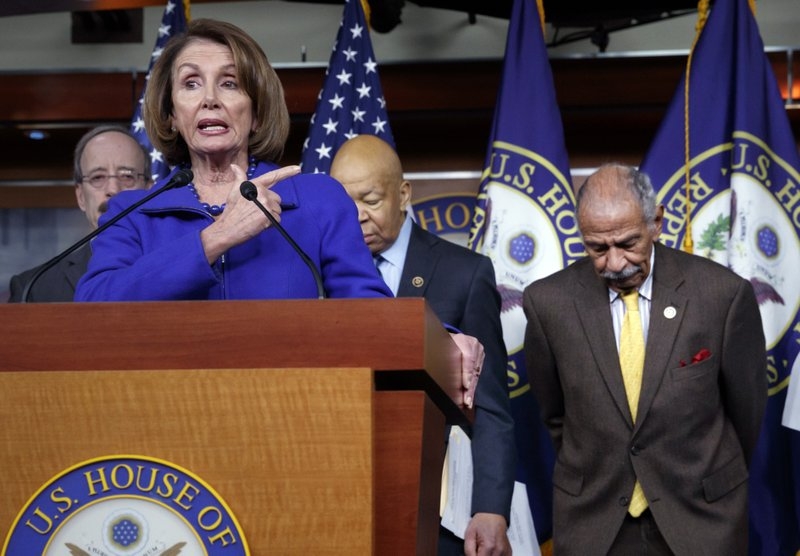 MADISON, Wis. (AP) — Two of Wisconsin’s three Democrats in the U.S. House aren’t saying yet whether they will back Nancy Pelosi as speaker, even as 16 maverick Democrats released a letter Monday saying they wanted “new leadership.”

Rep. Mark Pocan, of Black Earth, told reporters Monday that “odds are” Pelosi, a California congresswoman, would be elected as leader, but he wanted to wait until he could meet privately with her to announce whether he will back her.

Rep. Ron Kind, of La Crosse, opposed Pelosi as minority leader two years ago, saying then that “someone new would be a breath of fresh air.” Kind spokesman Aaron White said Monday that Kind was undecided and is scheduled to meet with her later this month to “discuss the priorities and leadership that Wisconsinites expect and deserve.”

Rep. Gwen Moore, of Milwaukee, has been a longtime supporter of Pelosi but did not immediately return a message seeking comment.

Earlier Monday, 16 Democrats released a letter saying they’ll vote for “new leadership” when the House picks leaders in January, posing a threat to Pelosi. No one from Wisconsin signed it.

Pocan noted that no one had officially announced they were challenging Pelosi and, despite the stated opposition, he expected her to prevail. Pelosi has repeatedly expressed confidence she will be elected speaker.

“If there is anyone who can count votes, it is Nancy Pelosi,” Pocan said. “I would rule nothing out. I would say the odds are Nancy Pelosi is the next speaker.”

Pocan also downplayed the internal leadership battle, which threatens to consume Democrats during a time when they are preparing to take over majority of the House.

“Honestly, no offense, reporters are way more into this than we are,” he said. “We are more than ecstatic we’re in charge after eight years and we can do things and we can do oversight that’s been completely gone from the current Congress. Paul Ryan can’t even say the word oversight. We’re also excited about moving policy ideas forward. So that’s the stuff we’re talking about.”

Pocan is co-chair of the Congressional Progressive Caucus, which encompasses many of the most liberal Democrats including Moore. He and Rep. Pramila Jayapal, D-Wash., expected to be co-chair of the caucus starting in January, met with Pelosi on Thursday. In the meeting, Pelosi promised to give members of that caucus proportional representation on the most powerful committees, leading liberal groups and others to announce their support for her as speaker.

“We had a very good conversation,” Pocan said.

But Pocan has yet to endorse and he said the caucus itself will not be endorsing anyone for speaker or any of the leadership posts to be decided on Jan. 3. The speaker will need a majority of 218 votes, assuming that no one votes “present” and Republicans oppose her en masse, as seems likely. At 232 seats, Pelosi could afford to lose just 14 Democrats and still become speaker.