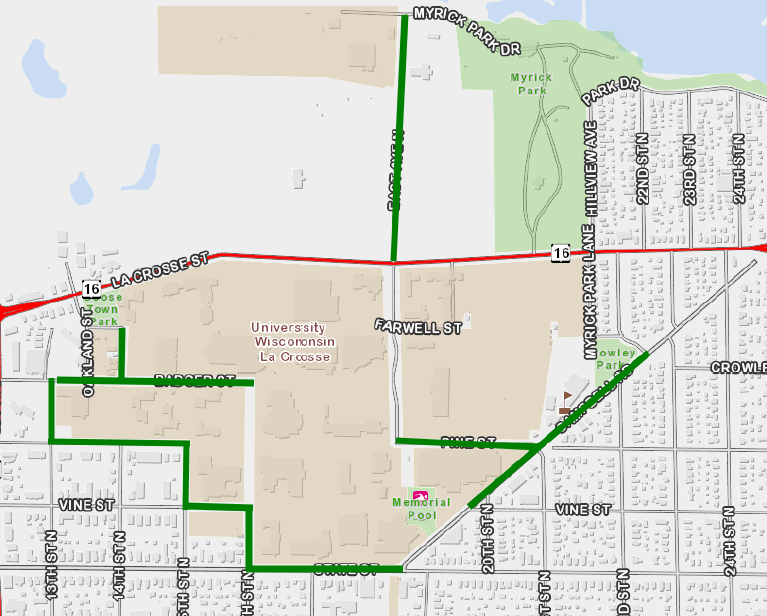 A paid parking program around UW-La Crosse and Western Tech, downtown, is anything but on a back burner.

Newly revised maps for a paid on-street parking pilot program on the streets around the two schools goes before the city’s Board of Public Works on Monday with requests to approve the changes.

The parking program was proposed as a way to help clear some neighborhood streets of mostly commuters around the two schools.

The idea is to charge a dollar an hour, payable by a phone app.

The same board approved the program a month ago, which enraged some college students who complained the city was targeting them in a money-generating scheme.

A city council resolution to ban the program was delayed after a vote earlier this month.