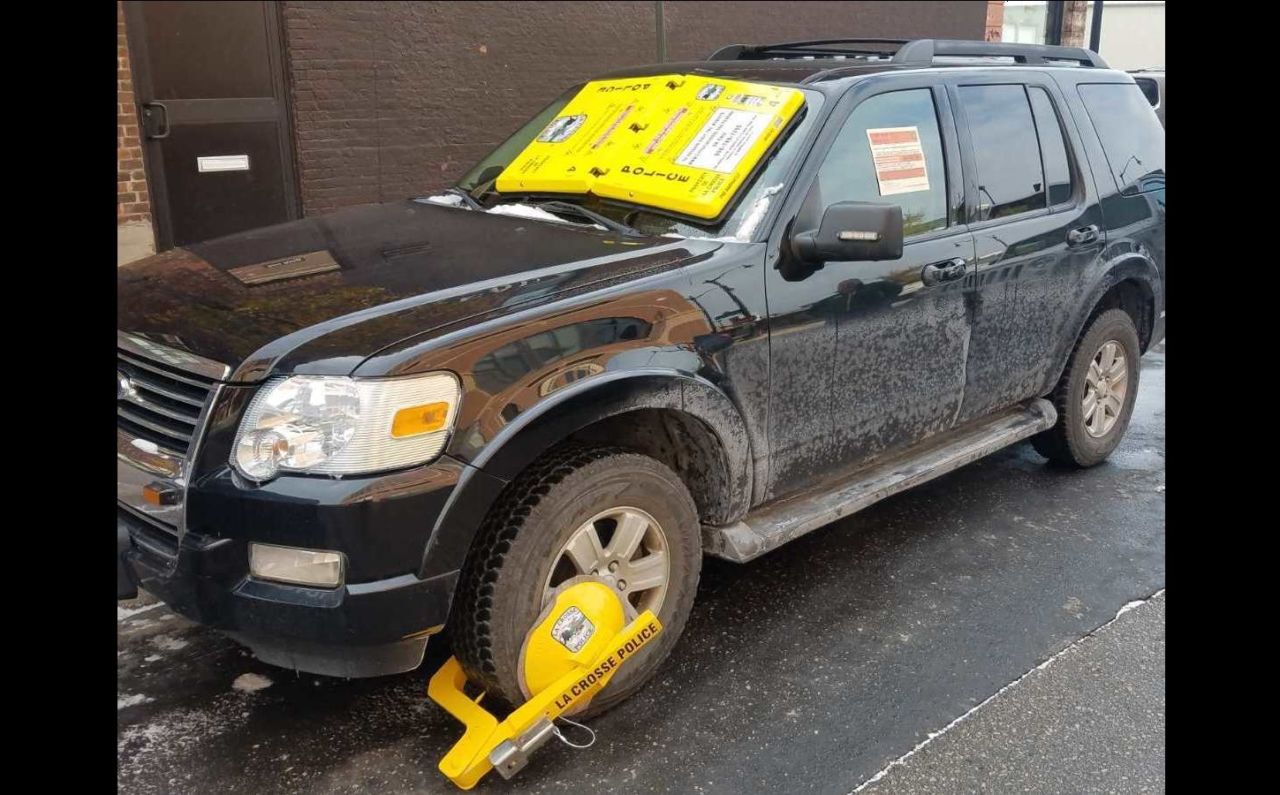 There will be some seriously unhappy people today in La Crosse.

Drivers with over five tickets and are 60 days overdue could get the boot — not that the city wants to do it, says parking utility coordinator Jim Flottmeyer.

“We don’t want to boot your car,” he said. “But, at this point, everything else we’ve tried to do, hasn’t work, so, we just as soon you come down and make arrangements to pay your citations.”

After vehicles get the boot, owners will have 24 hours to pay outstanding fines. After that, the car gets impounded, resulting in more costs.

Flottmeyer says not all of the parking ticket deadbeats will get booted at once.

“I think, for the first couple days, we will try and boot maybe a couple a day, just to make sure our procedures and processes work,” Flottmeyer said. “I mean, we’ve tested them. They’re ready to go. But then when you put them into place for real, we just gotta make sure we’re doing what we’re supposed to.”

The current list of those whose cars could be booted is 615 vehicles long — mostly vehicles from Wisconsin and Minnesota but also some from Florida, Kansas and Louisiana.