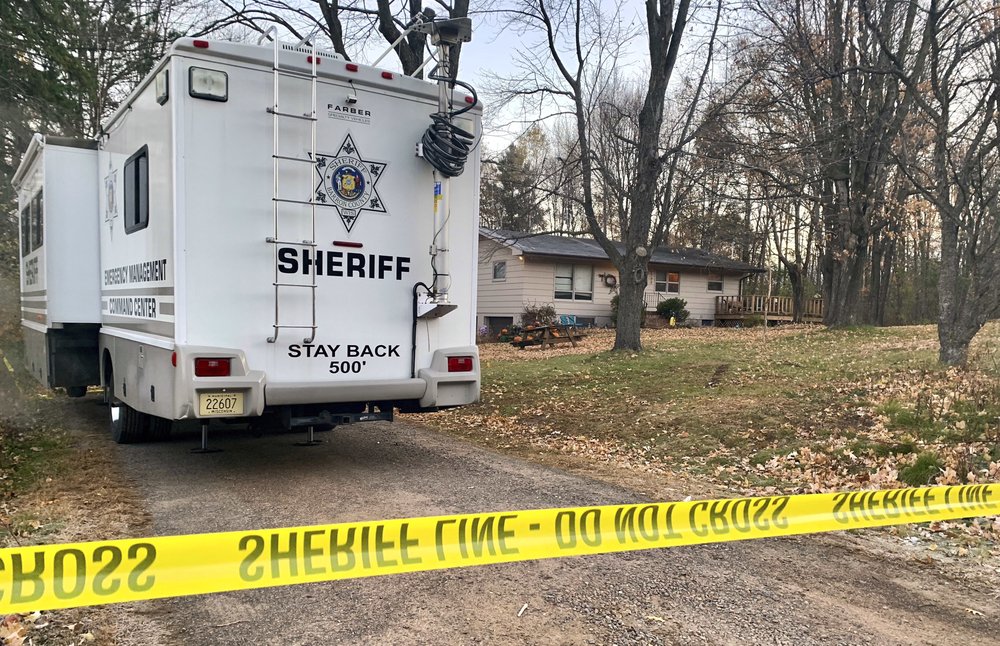 MILWAUKEE (AP) — The FBI is examining additional surveillance video taken from an expanded area around the Wisconsin home where a couple was shot and killed and their daughter was apparently abducted, the sheriff leading the investigation said Wednesday.

Jayme Closs, 13, disappeared early on Oct. 15, when sheriff’s deputies responding to a 911 call found the door to her family’s home in northwestern Wisconsin’s Barron County kicked in and her parents, James and Denise Closs, shot dead inside . Investigators believe Jayme was abducted.

About 80 surveillance videos were collected initially from businesses and other locations, according to Barron County Sheriff Chris Fitzgerald. The FBI last week expanded the perimeter of surveillance video collection beyond the county as they search for clues in Jayme’s disappearance and was analyzing the video at its Milwaukee office, he said.

Authorities earlier said investigators were searching for two cars — a red or orange Dodge Challenger and a black Ford Edge or black Acura MDX — that may have been near the Closs family’s home on the night of the attack.

Although deputies responded to the 911 call within 4 minutes, Fitzgerald said all the squad cars came from the same direction, making a timely getaway possible.

“You can back out of your driveway in a minute and still be two minutes ahead of us,” he said. “There’s lots of roads to turn on to be out of the area quickly.”

The Wisconsin Department of Criminal Investigation used a specially-trained dog to sniff out electronic devices at the Closs home, but none of the devices that were found have yielded any clues, including the three cellphones that belonged to Jayme and her parents, Fitzgerald said.

“There was nothing out of the ordinary, no boyfriends, nothing on there that points us in any direction,” he said.

The case is still generating about 25 tips a day, including sightings from other states that have not panned out, Fitzgerald said. Investigators have cleared more than 2,300 tips, to date.

Investigators have interviewed current and former employees who worked with the parents, including workers who lost their jobs in the past year at the Jennie-O Turkey Store in Barron, a rural community about 80 miles (130 kilometers) northeast of Minneapolis.

“Everyone has been looked at,” the sheriff said.

“Something’s got to give, there has to be something left somewhere,” he told KSTP-TV this week.

“I know this whole area is in shock because never has the family fathomed they would deal with something like this, but this community hasn’t either,” Naiberg said.

Fitzgerald said he has kept similar cases in the back of his mind as he works to find Jayme, including the abduction of Elizabeth Smart, who was abducted from her Salt Lake City home in 2002, when she was 14 years old. She was rescued nine months later with the help of two witnesses who recognized her abductors from an “America’s Most Wanted” episode.

“I have a gut feeling she’s (Jayme’s) still alive. I’ve always been a glass half-full kind of guy,” Fitzgerald said.

A $50,000 reward is being offered for information that leads to Jayme.