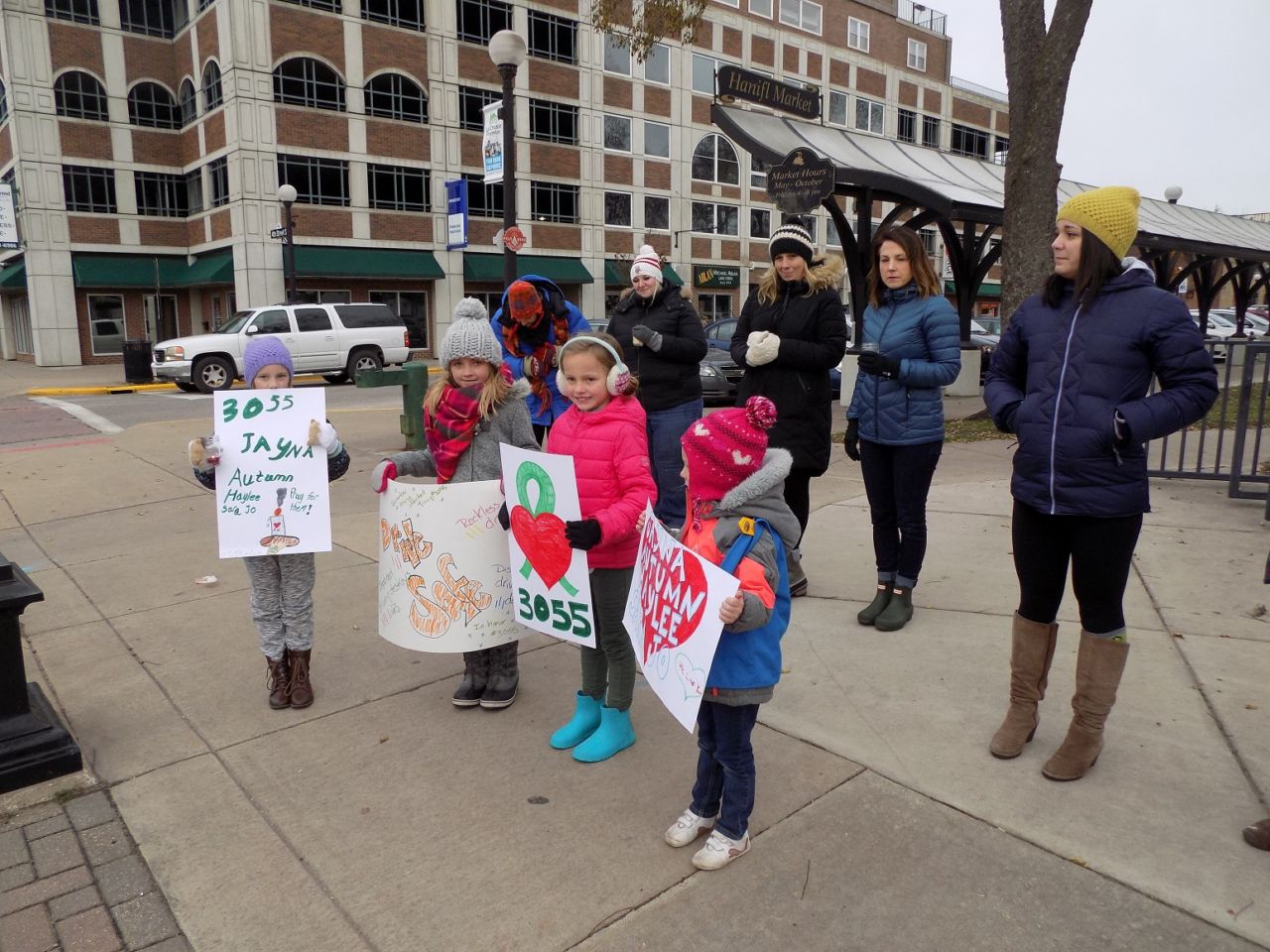 La Crosse Girl Scouts hold up signs at 4th and King on Saturday, in memory of Scouts killed by a Chippewa Falls area driver

Several La Crosse Girl Scouts, leaders, and parents gathered at Cameron Park on Saturday afternoon to remember three Scouts and a troop leader killed by a driver in the Chippewa Falls area.

The brief afternoon vigil was one of many planned around the country, one week after the fatal crash involving members of Chippewa Falls Troop #3055.

Victims of that accident were collecting garbage along a northern Wisconsin highway, when a pickup truck hit the group.

The 21-year-old driver, who reportedly inhaled chemicals before the crash, has been charged with vehicular homicide in the case.

The La Crosse Scouts observed a moment of silence, as some held candles and homemade signs, and recited the Girl Scout oath.

The Cameron Park group then split up to display the signs at two corners, on 4th Street and 5th Avenue.