Group gathers in La Crosse to protest firing of Jeff Sessions, appointment of his replacement 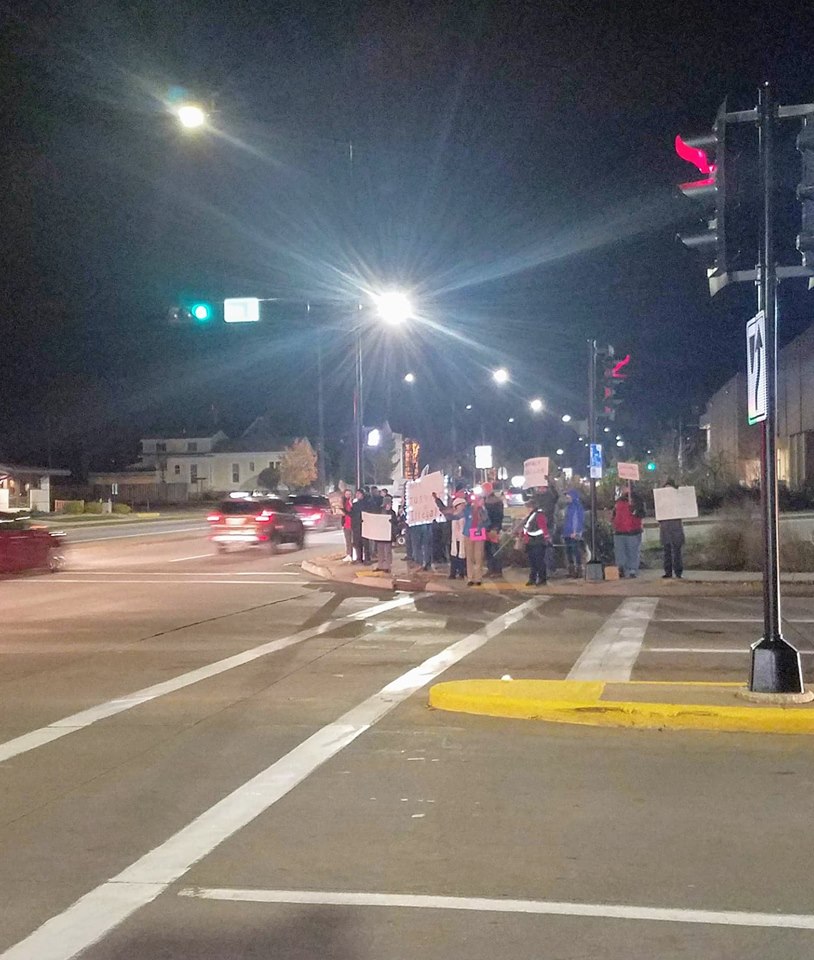 About 40 people held signs and chanted at the corner of West Avenue and Main Street Thursday night to protest the firing of Attorney General Jeff Sessions.

He said, “The truth is important to me. The president thinks he can get away with doing things that aren’t within the scope of his office. The potential that something illegal happened during the campaign is also important.”

The appointment of Matthew Whitacker to acting attorney general has caused fear amongst some in the country that the man who has been bullish against the Robert Mueller probe for months would effectively shut it down.

Michael also credited the civic engagement of those in the country who are concerned with some of Trump’s comments or actions.

“Turnout in protests and at the polls is up. People are engaged, as well as more informed. Sunlight can clear out all of the horrible things that are going on and the corruption. It’s important that people are paying attention.”

Chants of, ‘Trump is not above the law’, and, ‘Protect Robert Mueller’, were just a few of the things heard from the group.