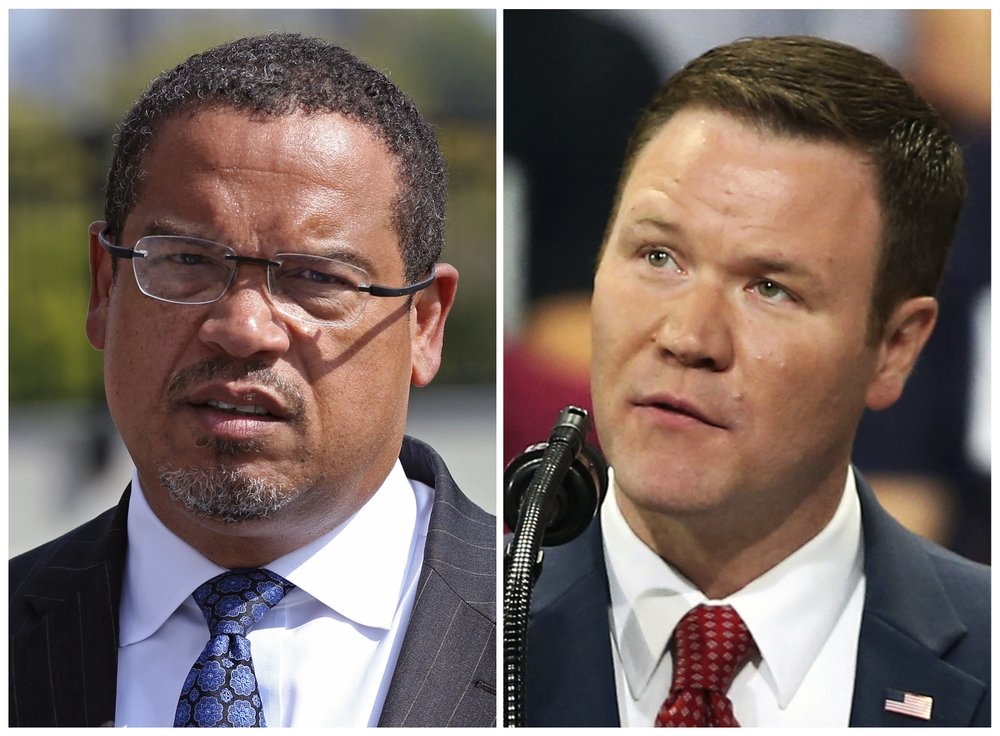 MINNEAPOLIS (AP) — Minnesota voters on Tuesday rendered a verdict on Keith Ellison, the liberal Democrat whose bid to bring an anti-Trump agenda to the state attorney general’s office was clouded by a girlfriend’s abuse allegation.

Ellison, who left a safe seat in Congress to seek the post, should have been a heavy favorite in a state that has not elected a Republican to the office in half a century. But the accusation — which he strongly denied — left him in a close and bitter race with Republican Doug Wardlow.

The seat opened abruptly in June when incumbent Lori Swanson launched a late bid for governor. Soon after Ellison declared and shortly before the primary, ex-girlfriend Karen Monahan accused him of dragging her off a bed during a dispute, and she claimed to have video — one she refused to release.

“That the accusing party claims to have but refuses to provide key, dispositive evidence that the accused has flatly denied, causes me to conclude that the allegation is unsubstantiated,” wrote Susan E. Ellingstad, the lawyer hired by the DFL in a report from earlier this fall.

Though Ellison survived a crowded primary, the accusation dogged him, and other Democrats who refused to disavow him, throughout the campaign.

Suddenly the virtually unknown Wardlow — who was a lawyer for a conservative Christian legal advocacy group — became a realistic contender.

After losing in 2012, Wardlow joined the Alliance Defending Freedom, leading its unsuccessful fight in a U.S. Supreme Court case that legalized same-sex marriage in 2015. He also litigated against letting transgender students use bathrooms of their choice and defended a Michigan funeral home that fired a transgender employee.

Ellison vowed to use the attorney general’s office to fight President Donald Trump on immigration and other issues.

While Wardlow presented himself as an apolitical alternative, he was recorded as saying at a private event that he wanted to fire 42 Democratic attorneys and replace them with Republicans, according to a recording that Minnesota Public Radio News obtained. He said he misspoke.

Ellison has been a national political figure since 2006, when, after serving two terms as a state representative, he became the first Muslim elected to Congress.

Paul Taklo, 48, a designer in Minnetonka, said he voted for Wardlow. Taklo described himself as a conservative with libertarian beliefs who generally votes Republican.

“I just don’t care for Ellison,” Taklo said. “It’s the liberal aspect of him.”

David Galle, 49, a lawyer in Minneapolis, backed Ellison in early voting Monday, calling him a strong supporter of Minneapolis and the state.

“Was I disheartened with some of the, you know, coverage? Yes, it certainly is messy, but as far as his approach to Minnesota versus his challenger, he was for me the clear choice,” Galle said.

Not only did Ellison become a lightning rod in the attorney general’s race, Republicans in other races attacked their Democratic opponents for failing to denounce him. While an investigation commissioned by Democratic leaders declared the allegations unsubstantiated, Wardlow called it a whitewash.

During Wardlow’s single term in the Minnesota House, he backed so-called right-to-work legislation to block unions from collecting mandatory dues. He also tried unsuccessfully to stop the state from setting up the MNsure health insurance exchange.