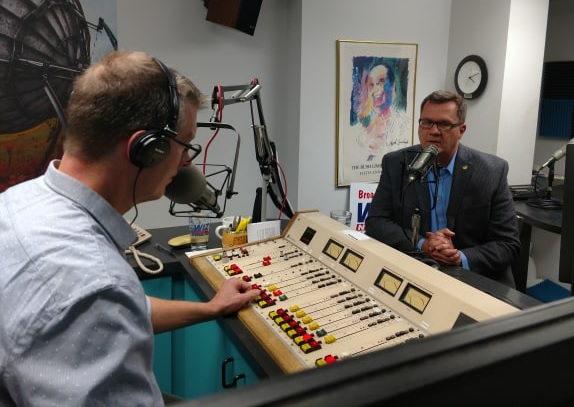 The city council votes Thursday on whether to ban the program and Kabat believes the council will ban.

He also feels like it’s a shame because there really is no free parking.

“You’re all paying for it,” Kabat said Monday afternoon from the WIZM studio (listen here). “So the City of La Crosse taxpayers are paying for that parking and providing that.”

Kabat says the city’s parking utility has already purchased signs and spent other money in preparing for the pilot program for streets around the University of Wisconsin-La Crosse and Western Technical College.

He also said banning the pilot program won’t solve the problems of parking congestion on the streets around those colleges.

“That’s where I would put a bit more onus on our universities,” Kabat said. “They should be doing more to discourage people to drive everywhere.

“If we had fewer cars that were coming, just for that single purpose to come to class. If there were ways to try and discourage that, we’d be better served.”

The 11th-hour ban comes after complaints that the city was “targeting” students in implementing the pilot only on the streets around those schools.

The city’s parking utility had planned a pay by phone pilot that would have charged a dollar an hour to park on certain streets.