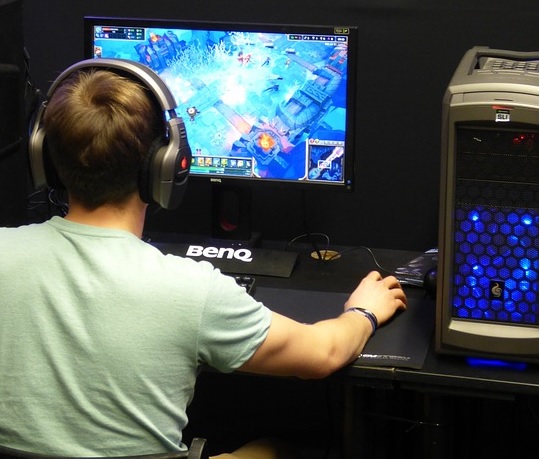 MINNEAPOLIS (AP) — The University of Minnesota is home to a nationally-ranked team that doesn’t practice on a court or field, but instead on the virtual battlefield of popular computer game Overwatch.

The university’s Overwatch team is currently in its preseason, competing against other schools such as Arizona State University and Texas Tech University, the Minnesota Daily reported . The team is practicing for esports company Tespa’s Overwatch Collegiate Championship tournament, which awards winners scholarship money.

Players competed for over $120,000 in scholarships last year. The championship tournament won’t be held until spring, but more than 300 colleges enter teams to compete.

During preseason, members of the team play two matches every Sunday and practice between two and five hours each week. Practices might include playing the game solo or with friends, watching professionals online or reviewing tape from previous matches.

The video game is gaining popularity at the University of Minnesota, which now has five other university squads in addition to the main team competing in the national tournament.

“Sometimes you can watch (esports) tournaments or games at a sports bar,” she said.

“The companies know they have something that excites people and they’re trying to excite more people,” he said.

Agur added that, if done right, esports can be a relatively cheap and worthwhile addition to the University’s collegiate sports.