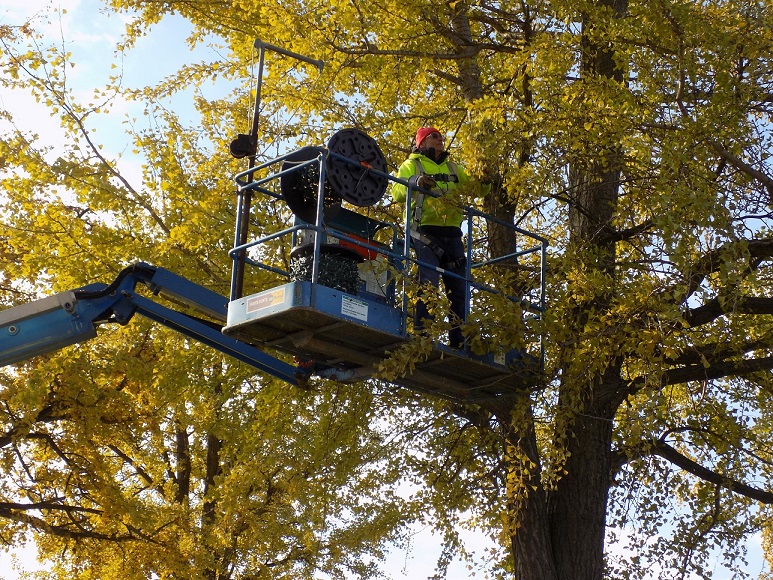 Sure, Riverside Park in La Crosse will have a few million Christmas lights on during Rotary Lights this season.

But, what really could bring families to the waterfront on chilly winter nights, are a bonfire and S’mores — a combination worked last year.

Rotary Lights president Pat Stephens said they started offering the chance to make S’mores as a way to get people to the park on slow nights of the week.

“We are absolutely packed every night that we did it,” Stephens said. “So, of course, this year, we’re going to expand that.”

Stephens added that Hershey is pitching in to promote the S’mores nights, by giving a grant to the Rotary to supply the chocolate bars.

Rotary Lights begins the night after Thanksgiving and will run for a maximum of 39 days. Volunteers have already begun stringing up the lights in Riverside Park.

This year, they also plan a new honor for veterans, not just with a Christmas exhibit dedicated to the Armed Forces, but with a ‘Wreaths Across America’ ceremony planned for Dec. 15.

Rotary also hopes to collect 300,000 food items, which can be donated when entering Riverside Park.