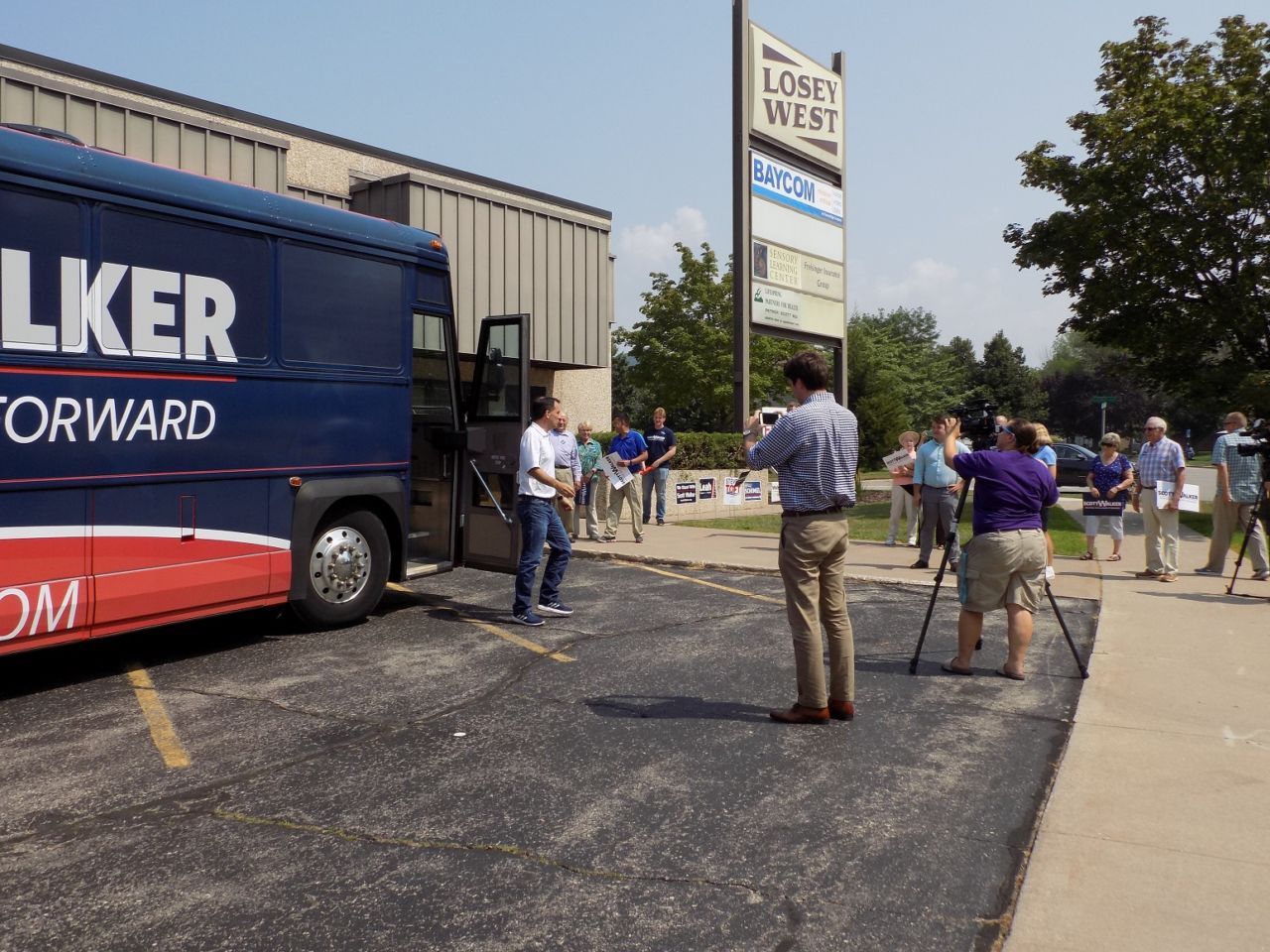 Political candidates riding buses is the trend of the week as we close in on Election Day.

Not to be outdone, Governor Scott Walker and other leading Wisconsin Republicans will get to La Crosse County today.

Walker and his lieutenant governor, Rebecca Kleefisch, are on their final bus tour before the Tuesday election.

They’ll stop early in the evening at a business in Onalaska, near Valley View Mall, for an event that will double as a birthday party for the governor.

It was actually on Walker’s birthday in 2010 that he was elected governor for his first term.