Caledonia looking for win No. 51 in a row and a trip back to state 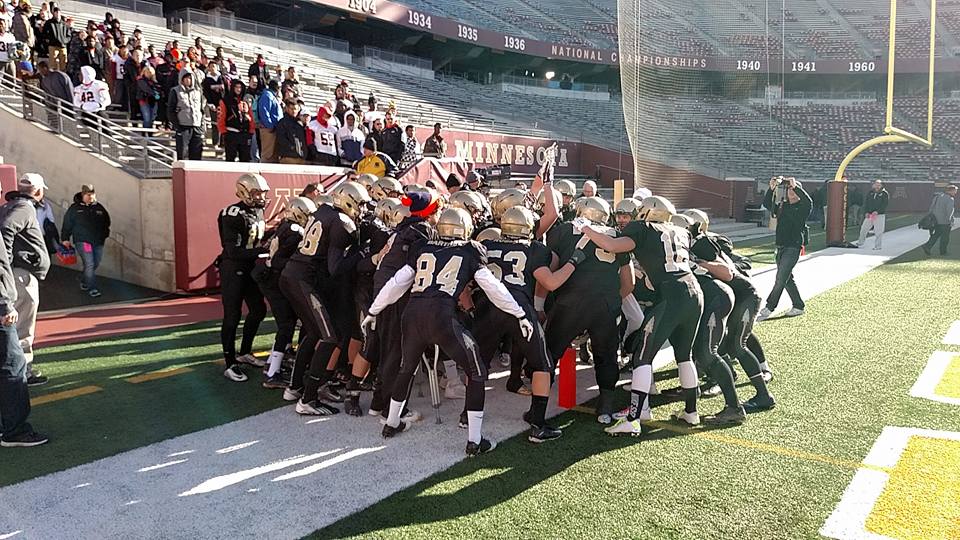 Since then, the Warriors have won 50 consecutive games and back-to-back-to-back state championships. The winning streak is tied for second-longest in the nation, along with Simmons (Miss.).

The longest current win streak is 51 games, and belongs to both Damascus (Md.) and Royal (Wash.).

Caledonia coach Carl Fruechte says Chatfield has an attribute that not every high school team has.

“Chatfield has three or four really dynamic athletes that can really sprint,” Fruchte said Tuesday on WKTY’s Mornings with Dave and Skradie. “You have to account for that on every single play. We better go in there seriously or we’ll get it handed to us.”

Coverage from the Rochester Regional Sports Stadium at RCTC can be heard on Classic Hits 94.7 FM or online here with Tony Schultz on the call.

Fruechte also talked about the secret to the team’s success.

“Each class has different athletes, different abilities, but what we try to hang our hat on is playing fast, playing physical, just doing it our way,” Fruechte said. “That’s sort of how we view our program.”

If Caledonia wins, it will play at 7 p.m. Nov. 9 at Burnsville High School against the Section 2 champion between fourth-ranked Waterville-Elysian-Morristown (9-1) and 10th-ranked New Richland-H-E-G (8-2).

The Warriors have been in the state championship nine times since 2005, winning the last eight. The only time it lost, 21-7 against Eden Valley-Watkins, back when former Tennessee Titan Karl Klug was on the team. Klug had been in the NFL since 2011, before being cut by the Titans this season.