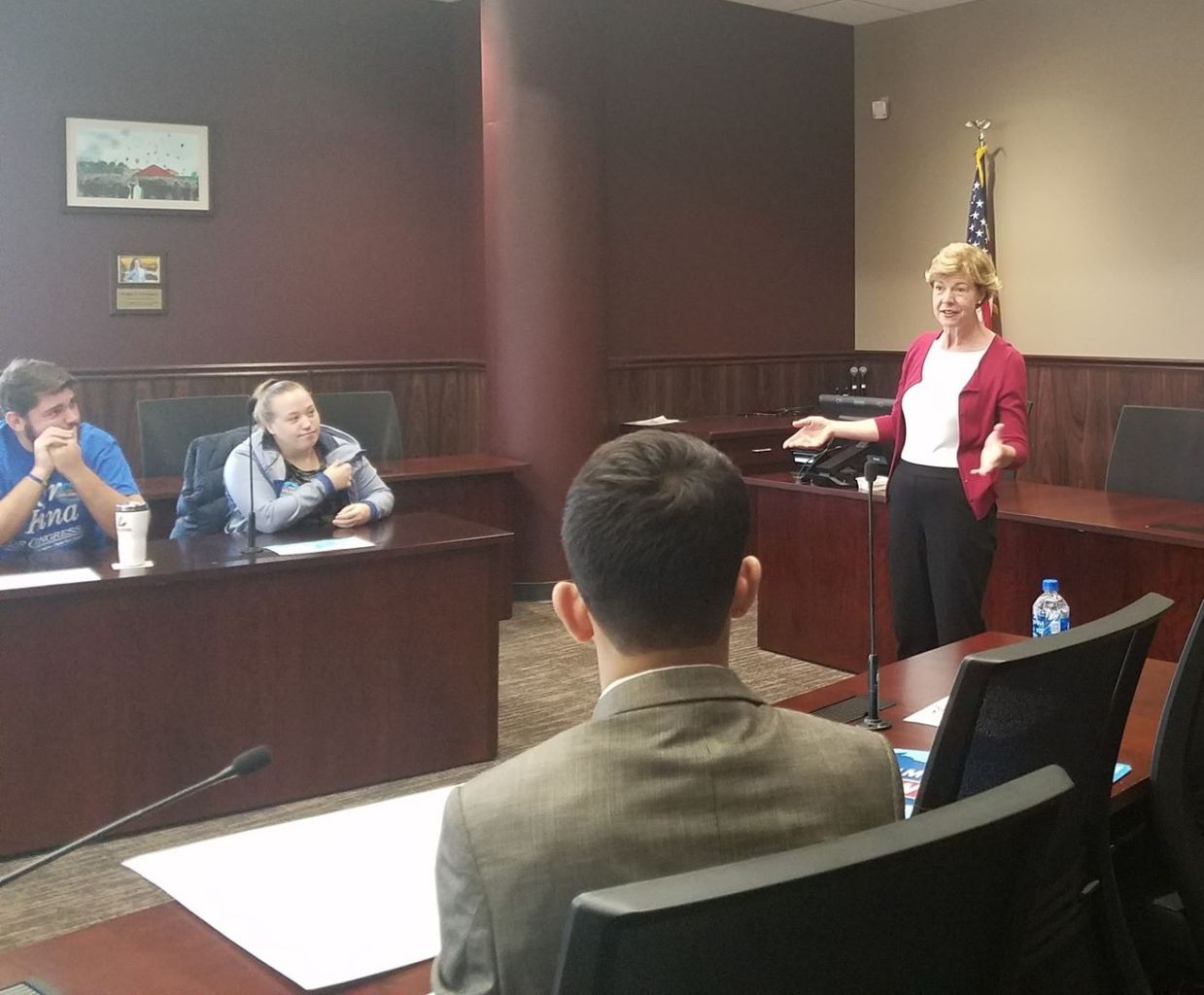 The main focus in the U.S. Senate race between Tammy Baldwin and Leah Vukmir has been largely health care and the Affordable Care Act.

With Vukmir being a nurse, Baldwin, at the University of Wisconsin-La Crosse on Tuesday, told students to look at her record to show what a Vukmir win would bring.

The Democratic U.S. Sen. also talked how she needs to go back to Washington to be a voice of reason against decisions made by President Donald Trump.

“Fight the Federal Communications Commission on their anti-net neutrality … stand up to this administration when it pulls out of the Paris Climate Accord or the Clean Power Plan,” Baldwin said.

The midterms are Tuesday and the La Crosse area has been getting a ton of visits from politicians.

Baldwin says she sees groups of enthusiastic young voters wherever she goes.

“I’ve been feeling really really heartened by the involvement that I’ve seen,” Baldwin said. “Young people have more at stake than anyone else because they have the longest to be impacted by the policies we make now.”

Baldwin says she would be a strong voice against President Trump’s policies that hurt Wisconsinites.