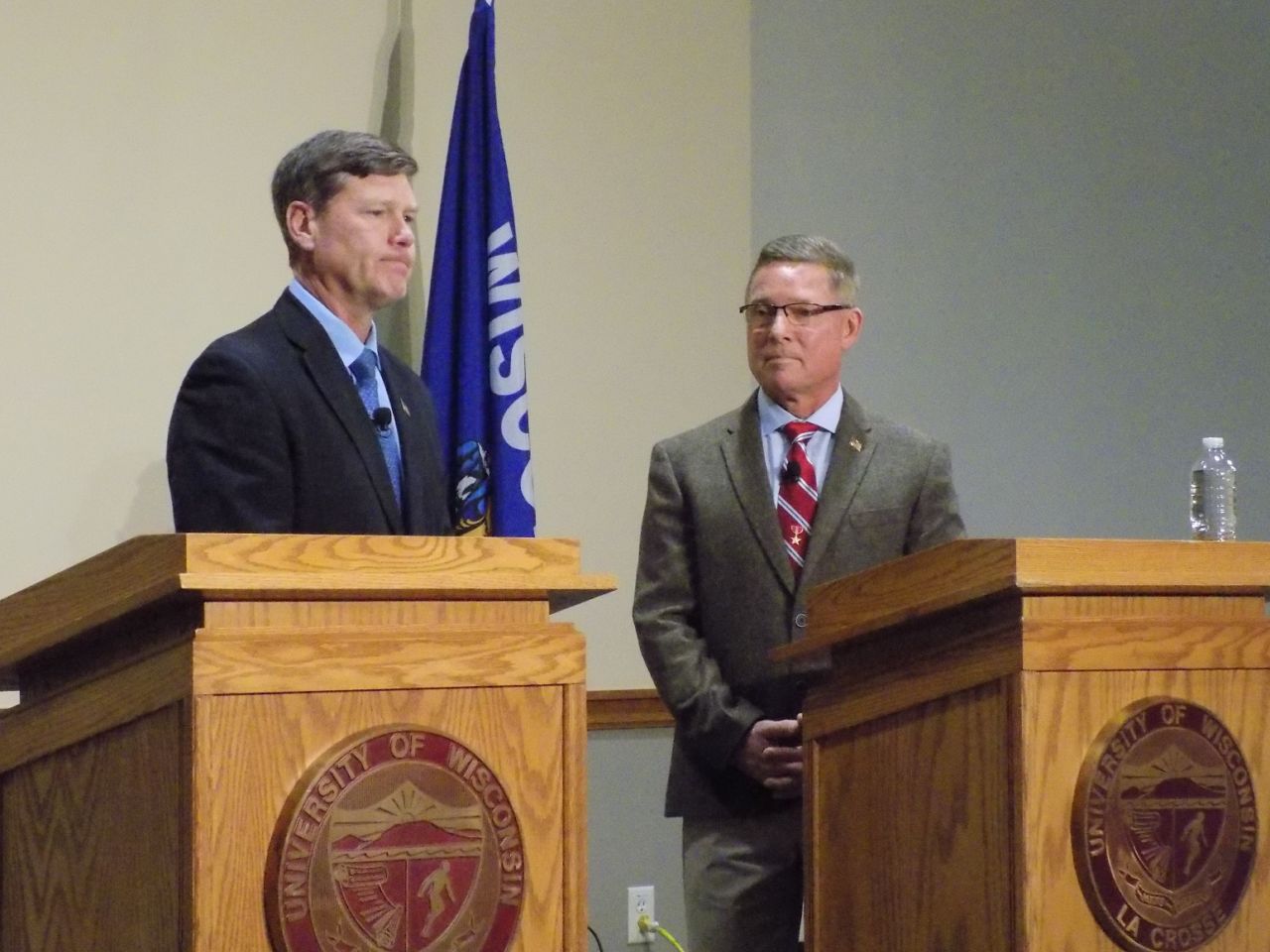 Gun violence has been a campaign issue in many years when Ron Kind of La Crosse has run for re-election to Congress.

It is again this fall, following the recent mass shooting at a synagogue in Pittsburgh that left 11 dead.

During a 3rd District campaign forum in La Crosse on Tuesday, Democrat Kind said violence at churches and schools cannot be “the new normal.”

“I do not subscribe to many leaders cause to militarize America in response to this,” Kind said. “‘Let’s just arm the teachers. Let’s arm the synagogues and arm the churches.’

“That cannot be where we fall back to as a society.”

Osseo Republican Steve Toft is challenging Kind. Toft, who had a long military career, said steps have to be taken to stem the violence.

“Especially here in Western Wisconsin, just imagine if something like that happened,” Toft said. We would look at the people that knew about this and we would take action. We need to do that at the federal level, as well.”

Toft and Kind expressed differences on several issues, including farm policy, the government role in health care but not so much on border control.

Will the Central American caravan heading to the U.S. be a deciding issue in Congressional races this fall?

Kind, however, added that there should also be compassion for people trying to seek asylum in the U.S.

Toft said America has to keep drugs and diseases from coming over the border.

“We have a public health issue with people coming across their borders with diseases eradicated here in the United States, like tuberculosis,” Toft said. “You know, we can’t have those kind of things just walking across our border.”

Toft and Kind also agreed that the 14th Amendment needs to be protected, in response to President Donald Trump’s willingness to end birthright citizenship in America.