Wisconsin Sen. Baldwin complains about heavy spending against her by interest groups 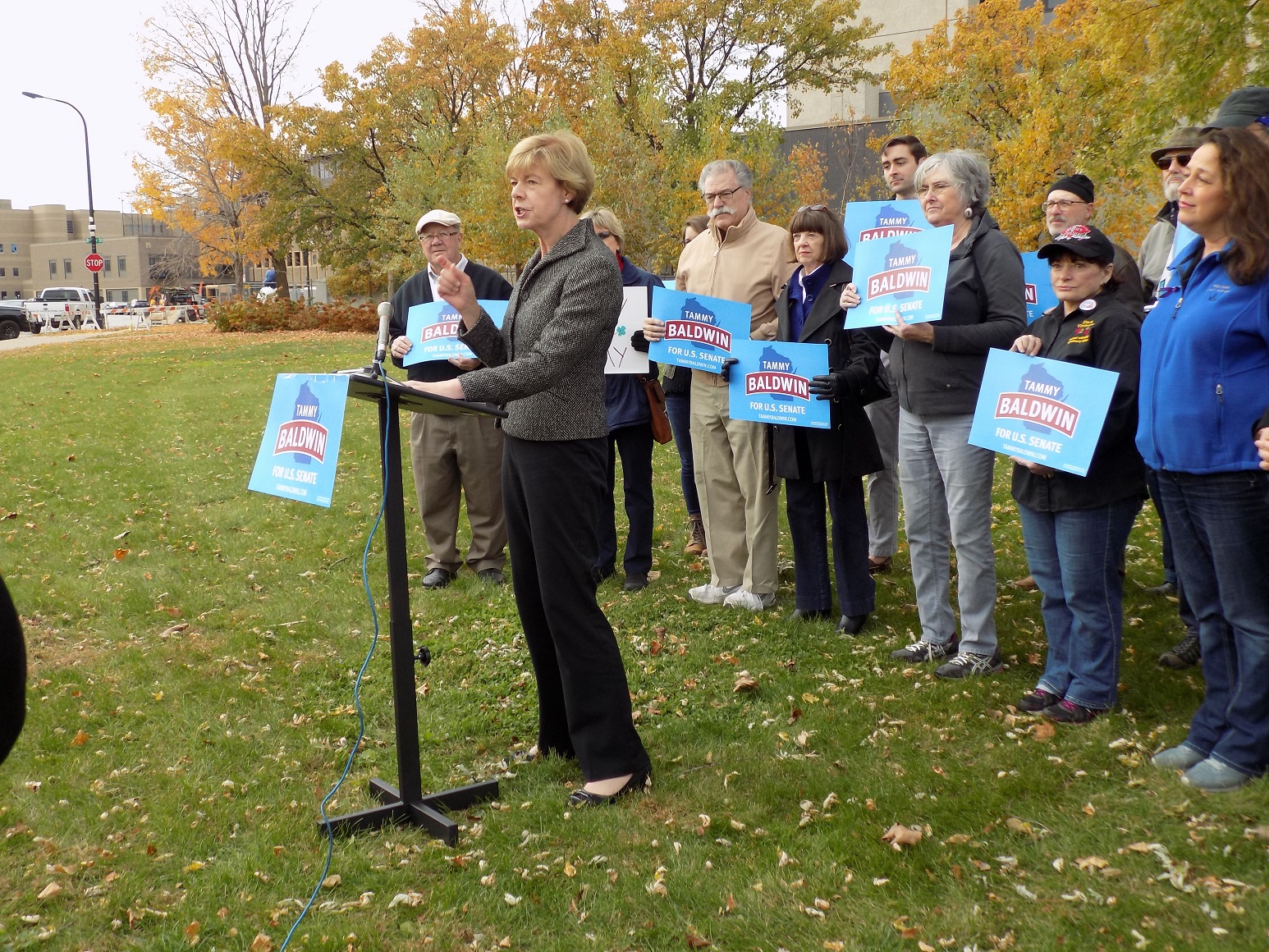 The fall election campaign will be done in less than two weeks but, for some candidates, campaign season already has lasted many months.

“I was joking with some of my colleagues, like, ‘How do you run against a super pac?'” Baldwin, at La Crosse’s city hall Thursday, said. “It’s not a human being, right? That’s what I was experiencing. And then you start thinking about it and, they have an agenda.”

She said she’s hearing voters say that some of the President Donald Trump’s actions, like the tax cuts, aren’t working out the way they were hoping.

“Working really, really hard and they haven’t seen any raises,” Baldwin said. “And, they’re frustrated that they were told when the tax cuts passed that their bosses would give them raises, and instead they’re using that tax break for other things, like dividend payouts, ect.”