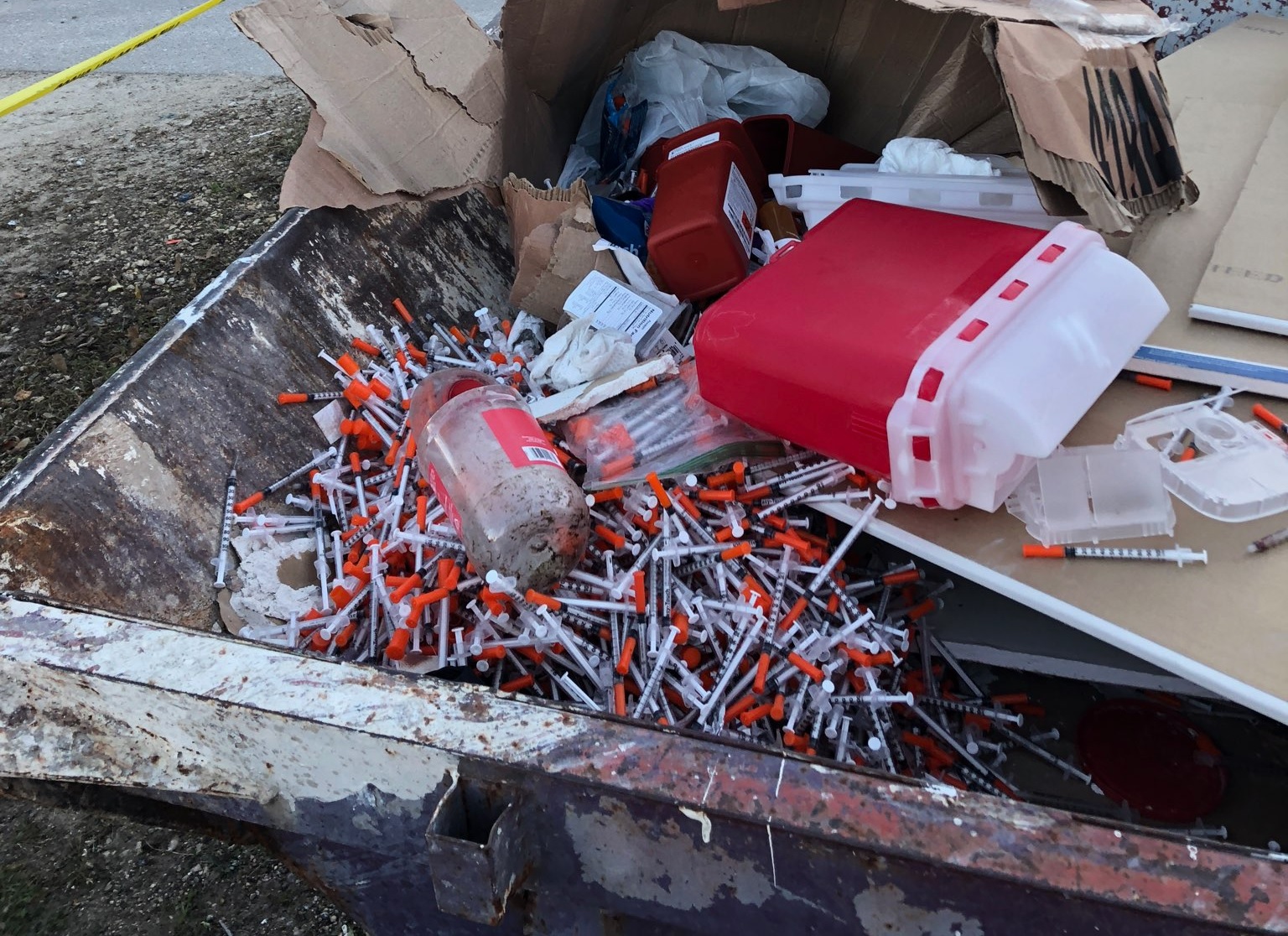 La Crosse’s police will investigate the dumping of hundreds of used syringes at a local business this week.

“As a law enforcement aspect, this is an illegal dumping,” Melby told WIZM. “It’s not legal for someone to go and dispose of anything into somebody’s private dumpster that they’re paying to have emptied.

“With 300 plus needles, if that ends up being the case there, that’s something we would look at possibly investigating and taking enforcement action on.”

So far in the investigation, Melby says they’re tracking a car that was in the area at the time the needles may have been dumped.

Earley Drywall on Copeland Avenue is just a few blocks from the Aids Resource Center on Rose Street, which provides a needle exchange service. It’s not clear the needles in the dumpster are connected to that needle exchange.

“You’ve got organizations that are providing needles to individuals for free on the prestense to help prevent the spread of diseases,” Melby said. “There’s not a high level of responsibility of a drug user to dispose of them responsibly.”

Owner Don Earley found the needles in his dumpster Monday morning and said it was frustrating that he couldn’t get the dumpster removed until Tuesday afternoon.