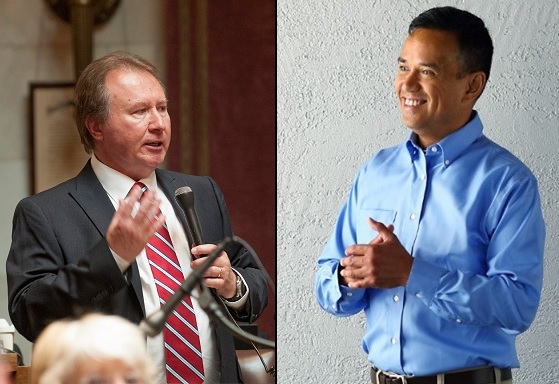 Gerrymandering has been cited as the reason why Republicans have dominated Wisconsin’s legislature for eight years.

The controversy drew differing opinions Tuesday night during a candidate forum for the 94th District Assembly in the La Crosse area.

Democrat Steve Doyle has been in the minority since he was first elected seven years ago and he wants to change the districting system.

“So, I also, when we are back in session in January, want to see that is also introduced as a Constitutional Amendment,” Doyle said. “So that it’s in the Constitution. You don’t have one party that can say they’re going to rig the rules of the game going forward.” 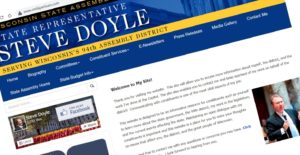 Doyle is being challenged by Republican Albert Rohland, who argues that whoever is in the minority is expected to dislike the system.

“You call it gerrymandering,” Rohland said, “but the other party will say, ‘It’s just the way it is. It’s fair game. You had it your way. It’s now our turn.'”

Both Rohland and Doyle did say, if elected, each of them would work with lawmakers from the opposing party.

“In Madison, I’m known as Mr. Bipartisan,” Doyle said. “If you go to www.MrBiPartisan.com that’ll take you to my website.”

Doyle also thanked Rohland for running, because no candidate should run unopposed.

This is Rohland’s first legislative race and he agrees that people want to see legislators do their jobs well, regardless of party.

The candidates also spoke about tuition during the debate at the University of Wisconsin-La Crosse.

Rohland departed a bit from Gov. Scott Walker, who wants to keep the current tuition freeze in place for the UW System.

“Tuition freeze, it helps, but you can’t continue to do that forever either,” Rohland said. “Eventually, you’re going to have to experience a hike in tuition sooner or later.”

Doyle said the tuition freeze is one reason why education is underfunded in Wisconsin.

On increasing highway funding, Doyle backs a modest increase in the gas tax, while Rohland says a gas tax hike needs to be balanced by reductions of other taxes.