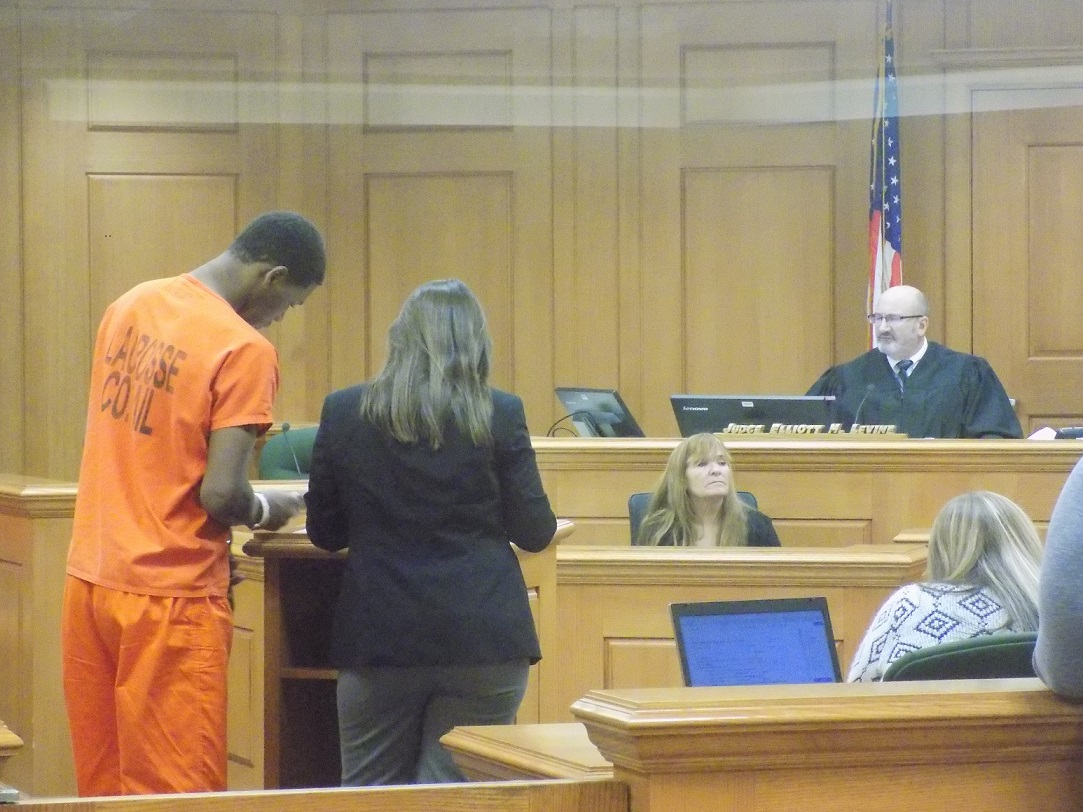 On top of that, the Onalaska boy also needs to find the tracking bracelet he was wearing, after previous arrests.

Dominique Hister is charged with bail jumping, after police saw him without the bracelet. He’s accused of taking part in a gang rape of two runaway girls about a year ago at a garage in La Crosse.

“His bracelet was cut off and, it’s now alleged that he had sexual intercourse with a 15-year-old, who may now be pregnant,” Eklund said.

Police caught Hister in a bit random fashion. He was riding his bicycle without a light after dark. He wasn’t supposed to be on the street at all, because he’s on house arrest.

As for that GPS bracelet that was “cut off,” as Eklund put it, and is now missing:

“He does tell me that the GPS bracelet, that that broke off,” public defender Rachel Krueger told the court. “He did not take it off on his own.”

Hister claims the bracelet broke when he jumped over a kitchen table.

Hister is due back in court in a couple of weeks after Judge Elliott Levine set some conditions.

“Once that’s (GPS) returned and posted, then he can be released but it’s still four cases that are pending, and we’re having no success in controlling this behavior, so right now, I’m requiring a $2,500 cash bond,” Levine said.

Last week, Ronald Crosby, another suspect reached a plea agreement in the gang rape case and was placed on probation.